In dishwashers, the main parts are the most important parts responsible for the processes of water inlet and outlet. But highly functional Bosch units are also equipped with efficient heating elements, which are excellent for drying the objects placed in them. But from time to time these devices give error code E 09.

Such a symbol most often appears when the heating element burns out. Either it fails, or a damaged control board does not provide it with electricity. On some models, near the salt indicator, a similar code occurs when it is dirty. Because of this, erroneous data begins to enter the equipment.

The essence of the symbol E09 dishwasher

The appearance of such a signal means that there are difficulties with the heating element. It has a similar purpose on all Bosch units of any model.

If a similar error code is lit at the same time as the salt LED, then the main problem lies in the intense contamination of the sensor. 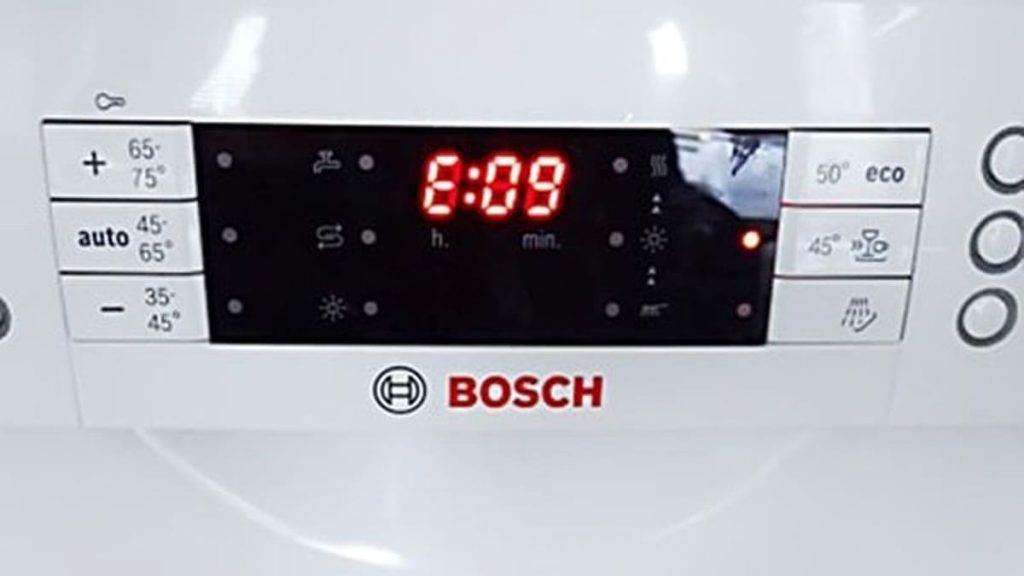 Bosch appliances are equipped with an electric heating element, usually located in the washing chamber at the bottom of the machine.

This part is responsible for the full release of heat and helps to quickly heat the water used to clean the dishes. That is, its main purpose is to ensure the effectiveness of its cleaning.

Its other main function is to speed up the drying of objects at the end of the cycle.

In addition, the heat generated by such a heating element contributes to the destruction of any pathogenic microorganisms, which helps to disinfect the dishes.

It is necessary to explain in more detail the essence of the main causes of the symbol E 09.

When diagnosing and confirming a broken part, a multimeter can be very helpful. It helps to check the continuity of the element and make sure that the current is fully passing through it. 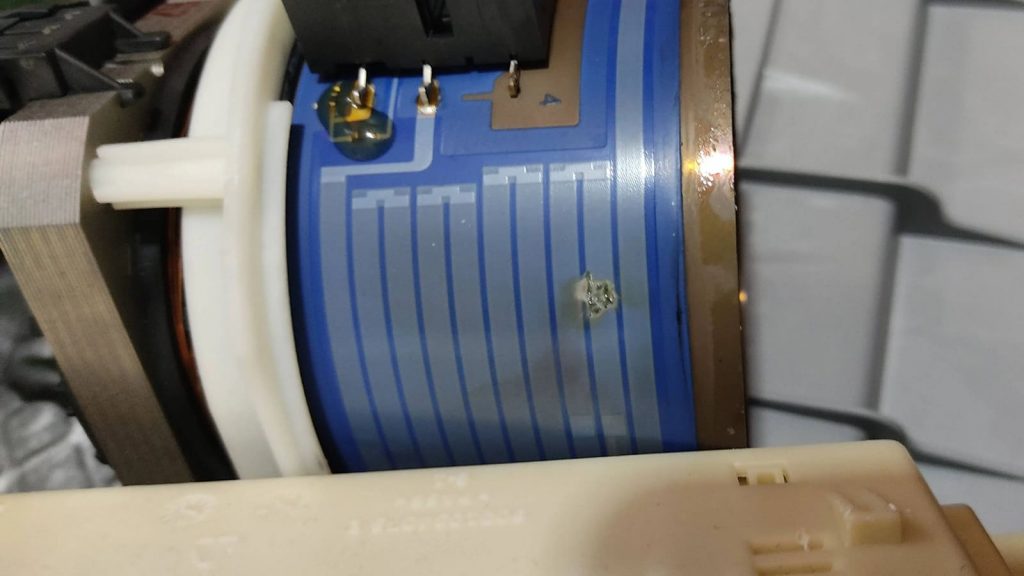 It is also necessary to carefully examine every centimeter of the heater in search of fire or leaks. They leave clear marks on its surface, which allows you to quickly deal with the problem.

Usually, when burned, the part cannot be repaired, so it should be replaced.

It is required to completely disconnect the household appliance from the supply of water and electricity.

Before starting work, in search of ways to identify the heating element, it is worthwhile to carefully study the operating instructions or the technical data sheet of the Bosch device.

The resistance at the connector between the right and center pin is usually in the range of 20 ohms for European models and 10 for the USA. If the indicator is equal to infinity, then the heater burned out. Then the first step is to separate it from the electrical connectors. It is necessary to remove the bottom and front panel on different types of Bosch appliances, depending on its design.

The control panel is the main center for the successful operation of the dishwasher. 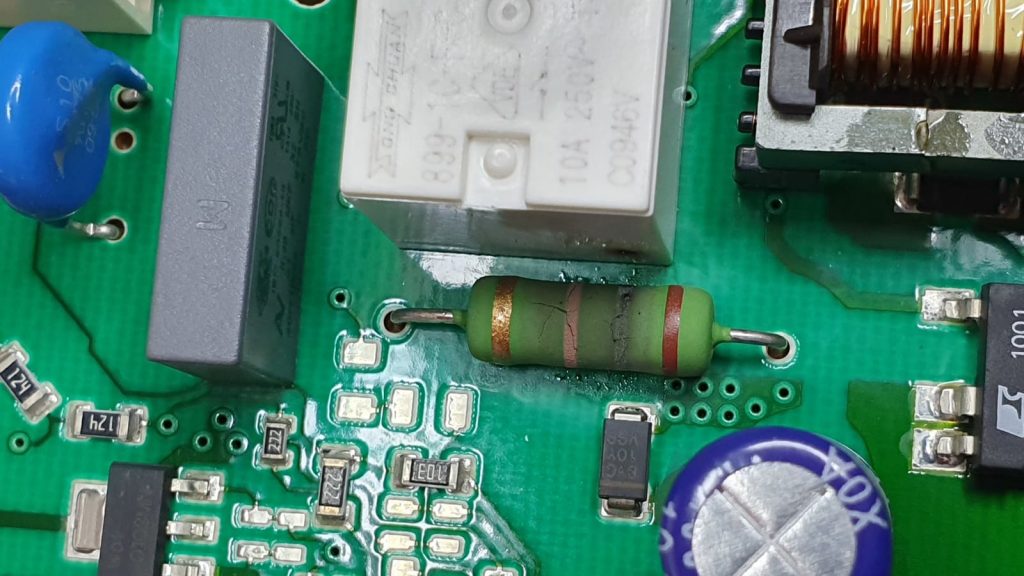 It is a small printed circuit board with many different technical components. They are responsible for comprehensively coordinating and monitoring each step of the machine according to user-selected settings.

As a result, after loading the dishes and starting the washing cycle at the right time, the control board will provide current to all parts of the Bosch machine. It is responsible for the frequency of its operation cycles, including cleaning, drying and removing water.

A broken board leads to a huge number of problems with the heating element.

Most often, the relay located on it is damaged, due to which the parts of the unit are not provided with electricity. Then the error code E 09 appears, since the heating element is working, but they do not come into action. In such a situation, the main cause of problems is the control board, which is not able to supply current to the part.

A number of other factors can also lead to its failure. Often there is, for example, a power surge during a thunderstorm. It is he who leads to damage to the household appliance.

A similar difficulty arises after a power outage, when the current suddenly begins to flow again. If a Bosch device is connected to the network and suddenly starts working again, it sometimes breaks down.

These two reasons are most often found when new equipment breaks down or one whose service life has not yet exceeded 12 months.

But if it functions for a very long time, then it faces another danger. The control board can be damaged due to heavy wear and tear after many years of operation. Such a breakdown is a natural phenomenon and occurs on all models.

In such a case, it is easier to change the part than to try to carry out time-consuming and expensive repairs to Bosch equipment.

If the owner decides to act independently, he should take a number of steps:

Some Bosch models are equipped with this most important part. Its main function becomes clear from the name. She is responsible for ensuring that the equipment has a sufficient amount of a special substance for its effective functioning. 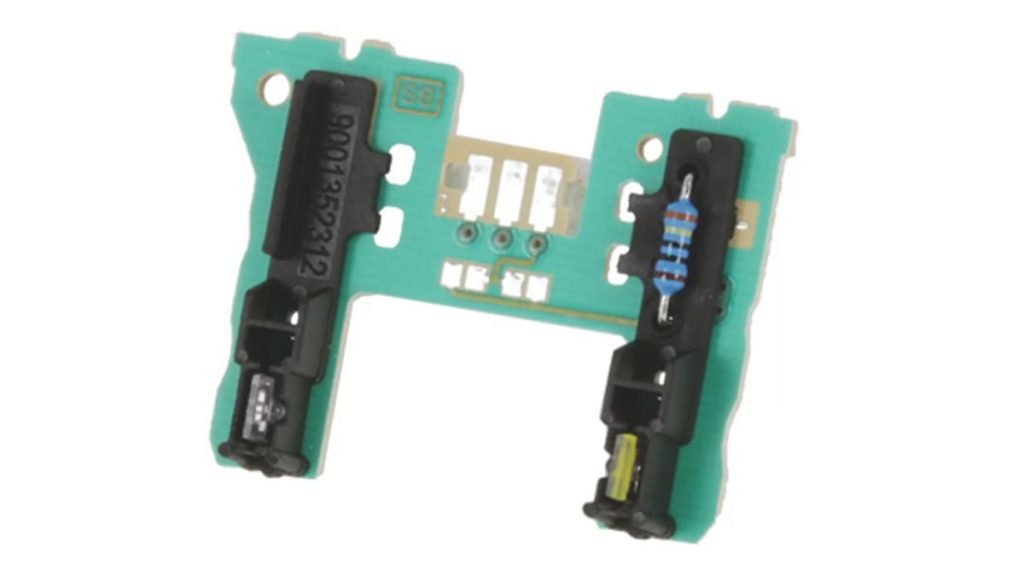 Assuming that it works in conditions dominated by hard water with high concentrations of minerals, then such a liquid is not very suitable for cleaning dishes. Therefore, the Bosch machine needs salt to soften the liquid coming from it.

The sensor is responsible for the presence of a certain volume of such a substance during the continuation of the washing cycle and informs the owner of the unit about its exhaustion.

Gradually, this part of the Bosch device becomes contaminated. Then the technique is able to mistakenly decide that there is no salt inside. It signals the created position, including the corresponding indicator on the control panel. If the LED lights up along with the error code E 09, then the problem is not related to the heating element. It is usually caused by sensor contamination.

You need to establish how complex this condition is. Only then will it be possible to understand what is more important: to clean or change the part.

But first, again, you should study the instruction manual for a specific model and its technical sheet in search of the location of the component and gaining access to it. 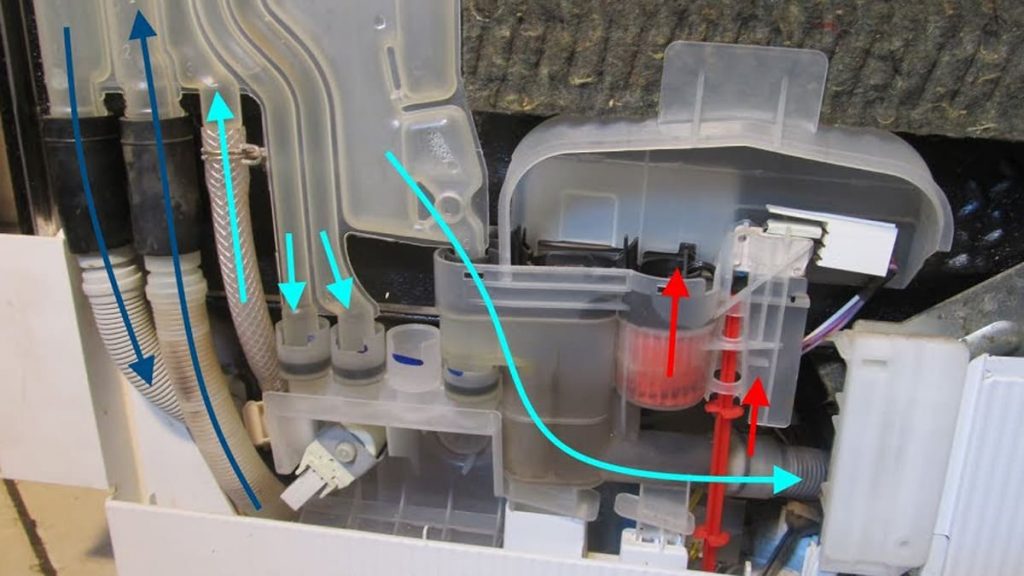 The first step is to turn off the water supply and Bosch power supply.

The back or bottom panel of the dishwasher must then be removed as the salt container is located at the bottom of the tub next to the drain section.

Then you should pour out the water remaining inside the tank to prevent it from pouring out during the repair of the unit.

After detecting and gaining free access to the sensor, you need to carefully disconnect its electrical connector and install a new one in its place.

After the household appliance is assembled together in the reverse order.