In the modern pace of life dishwashing becomes a luxury. Fortunately, you can now buy the dishwasher at any hardware store and spend precious minutes with your beloved ones. But only few of us know what the prerequisite to this invention was and who we should thank for it.

Back in the beginning of the 19th century the obscure inventors tried to create a dishwasher-like machine, but their devices were so unsuccessful that their names sank into oblivion, just like the names of their inventions. 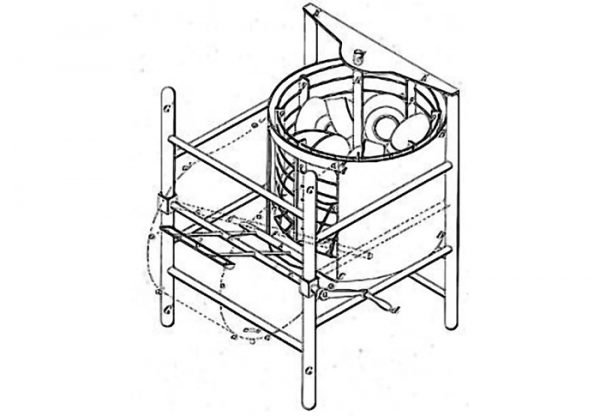 The first person who got the patent for “Improvement in Machines for Washing Dishes” was Joel Goughton. In 1850, he introduced hand-powered machine which delivered water to a cylindrical tank with a help of a piston pump. However, the design of this machine was extremely complicated and unreliable. During the washing process, the water hardly reached all the dishes and rinsing was done in the same water. Anyway, washing dishes in this machine was so inefficient that the testing turned into complete fail.

Young inventor did not continue to develop his creation but the idea itself represented great potential for the upcoming revolution in this industry.

“If no one is going to invent a dishwashing machine, I’ll do it myself” – this is what Josephine Cochrane once said after another item from her favorite Chinese service was broken.

And she did it. It is now impossible to say for sure whether she did it really because of her expensive Chinese service which she valued very much, or because she wanted to live as a socialite in Shelby County. 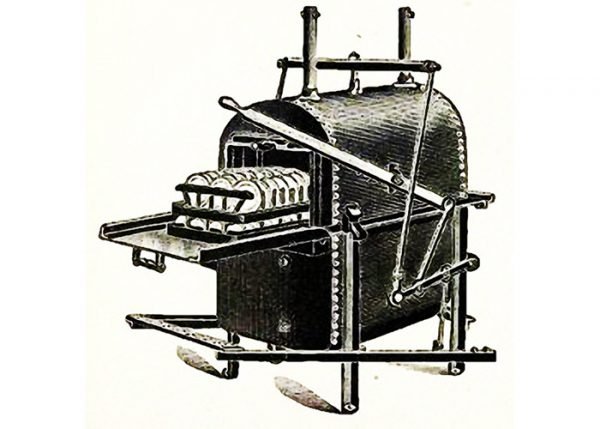 Josephine received her inventive gift from her great-grandfather John Fitch who created the steamer. After the sudden death of her husband when she was left alone with a small inheritance and huge debts, Mrs. Cochrane had to implement her gift in real business. She closed herself for a few months in an improvised laboratory, and on December 31, 1885 she proudly presented what she created with her own hands and received a patent for a “dishwashing machine”.

When Cochrane described the operating principle of her invention in a patent letter, she wrote that the invention was intended to improve the dishwashing machine under the continuous infusion of hot water or soap foam, while the basket with the dishes rotates for maximum washing efficiency.

Since she is Fitch’s descendant, it is not surprising that her machine was powered by steam, which led the pistons of the pumps into motion and supplied hot water. According to ​​Cochrane’s idea, the dishes had to be not only washed, but also dried due to the high temperature inside. In reality, however, the dishes remained clean, but still wet.

The price for Cochrane’s machine at $150 was equal to $4,500 on today’s  – and many men protestingly resented as they considered such a purchase an absolute nonsense. However, after Cochrane presented her dishwashing machine at the World Exhibition in Chicago, it became a sensation and the sales instantly went up the hill. 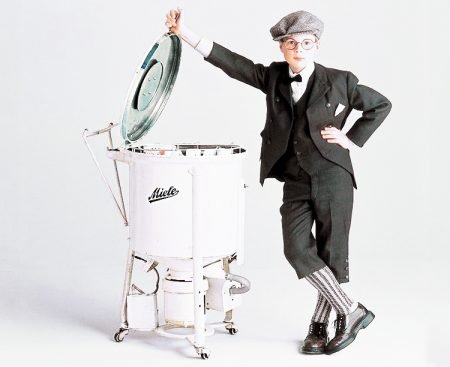 The subsequent improvements of dishwashers led to creation of electrical machines in 1929 under the German brand Miele. In 1960 the same company introduced the first automated dishwasher. Their success spurred the efforts of other manufacturers, and in the 70s, Zanussi, ARDO and other brands were already engaged in the production of dishwashers and consumers were already looking up to integrated machines with electronic control.

Today, when the rhythm of life is so intense, no one would think of a dishwasher as a piece of luxury. This household device has deeply rooted in everyday life as a must-have appliance. To make it even more functional, it is recommended to pay attention to the flow of water and electricity consumption when making a purchase. The preference should be given to models with quiet operation and full protection against leaks. For a family of 4 people, a full-size dishwashing machine with a capacity of up to 9 place settings will be a suitable option.

Do not waste your time on monotonic and boring routine, it is way better to spend it with the family, giving them moments of joy.

From the bottom of the dishwasher door leaking water