Before repairing the ice maker, it is necessary to familiarize yourself in detail with the principles of its operation. It is also important to understand how much ice it should produce. Usually, it performs a reset once every 1-2 hours, but if it does it once an hour, then the performance is considered high, and in the second option it is low but acceptable.

The average capacity of an ice maker should be 80-175 cubes throughout the day. If the refrigerator was barely turned on, you must wait 1-2 days until the container is completely filled. Sometimes it can stretch, because after all, all refrigerators are different.

The most common reasons for rejection

Most often, we are talking about the following problems and difficulties.

Increasing the temperature mark of the freezer compartment

Ideally, it should be between 0 and 5 degrees Fahrenheit, if this value is higher, the ice machine will simply stop producing cubes efficiently. If the temperature is too high, it must be reduced. 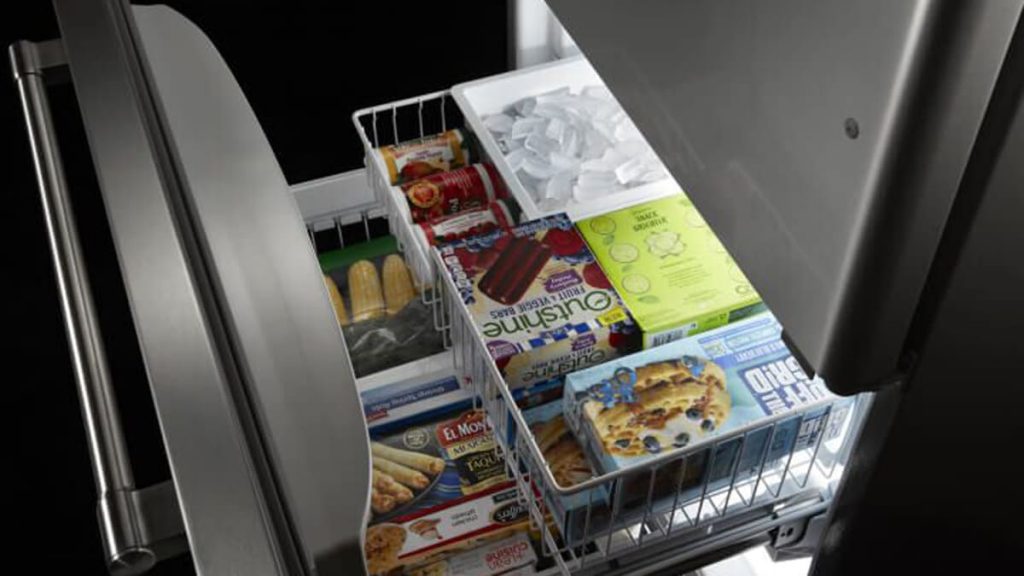 An important role is also played by checking the coils in the condenser area, it is important to make sure that there are no debris on them and that the fan is working. Another important and significant thing to consider is frost. If it is, it is likely that the system element simply failed.

The fact is that the temperature in the freezer has a direct and immediate effect on the ice maker. And if suddenly something goes wrong, the system will simply fail. To obtain optimal temperature readings, you must make sure that the door has actually been closed.

It is electronically controlled and can be opened to allow water to flow into the dispenser area as well as the ice maker. If this mechanism breaks down or there is no sufficient pressure, the process of passing water stops. All this leads to the lack of the possibility of ice production.

For the device to function properly, it needs at least 20 psi. First, you need to check the pressure that passes through it. With a normal indicator, it is necessary to use a multimeter in order to check the power that goes through the intake valve. 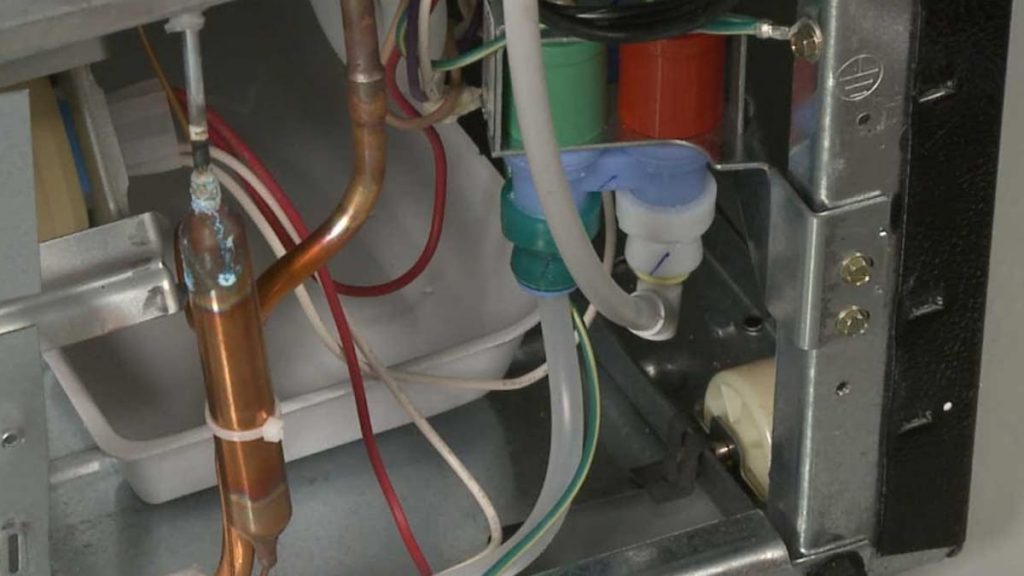 In addition, you can also check the resistance, its optimal indicator is from 500 to 1500 ohms. If the valve pressure is good and the valve continues to receive power, but the icemaker still does not function, the water inlet valve should be replaced.

Another common cause of the problem we are considering is that the mold thermostat has stopped working. It is extremely important in this system, because it is responsible for measuring the temperature of the tray. When the mold reaches the required temperature mark, the cubes are ejected and the mold is refilled with water. To solve the problem, it is necessary to use a multimeter, if there is no continuity, the thermostat needs to be replaced.

To do everything right, you must follow certain instructions: 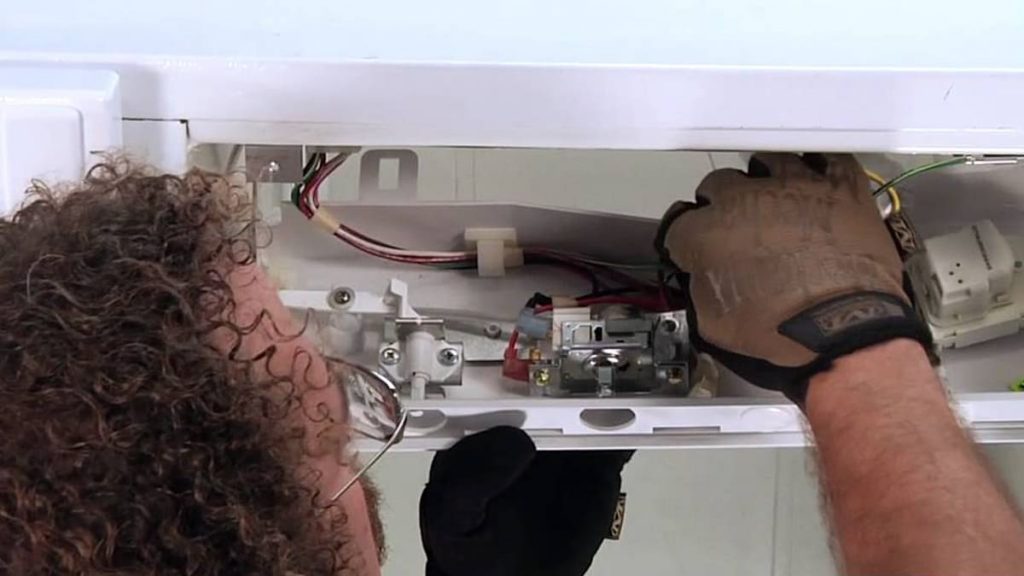 After that, the thermostat itself will appear, which must be removed and discarded. After installing a new unit, you need to assemble the system, proceeding in the reverse order.

In Whirlpool devices, the ice maker modules are equipped with a motor that is responsible for the operation of the ice ejector lever, and also rotates the tray to drop ice cubes into the appropriate container. When the thermostat temperature reaches 15 degrees Fahrenheit, the motor starts releasing ice cubes. As soon as this cycle is completed, the system will start to energize the water inlet valve so that the tray starts to fill up again.

In the event of a module failure, the device is not able to create ice or give it out. So it requires checking the correct position of the activation and deactivation switch, the blades for cubes that could get stuck in them. 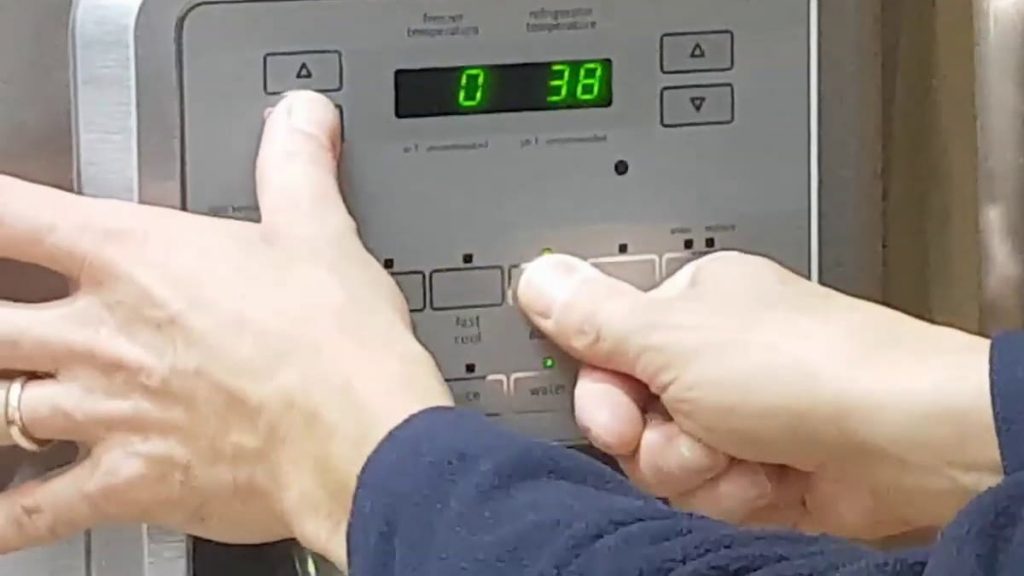 It shows the device when the container is full. It is best to check this area with a multimeter. An important role is played by the evaluation of the integrity of the circuit. If continuity is not found, the part must be replaced. The procedure is as follows:

After replacement, assembly is carried out in the reverse order. The kits that are offered today on the Internet contain these boards in the amount of two pieces, since in practice they are replaced at the same time. This must be remembered before starting work.