Owning a Samsung washing machine solves the problem of high-quality and gentle washing of textiles. But during the operation of household appliances, users need to periodically check whether the manufacturer is conducting recall campaigns and whether there is any collective complaint against the plant to the judiciary or other supervisory institutions.

The history of the brand has already recorded a similar lawsuit in court from buyers who purchased a washing device from March 2011 to October 2016. All plaintiffs are residents of various regions of the United States. During the trial, their claim was satisfied, which led to huge costs for Samsung, which went to pay compensation.

Reasons for the recall campaign

The recall of washing machines already on sale took place due to the fact that users could be seriously injured during operation. The assembly of the cover of household appliances was recognized as a problematic element. It is noteworthy that the recall campaign affected only models with vertical loading. The company offered buyers a refund, free repair or replacement of household appliances. The executives decided to recall washing machines manufactured in 2011-2016 and sold in the United States. 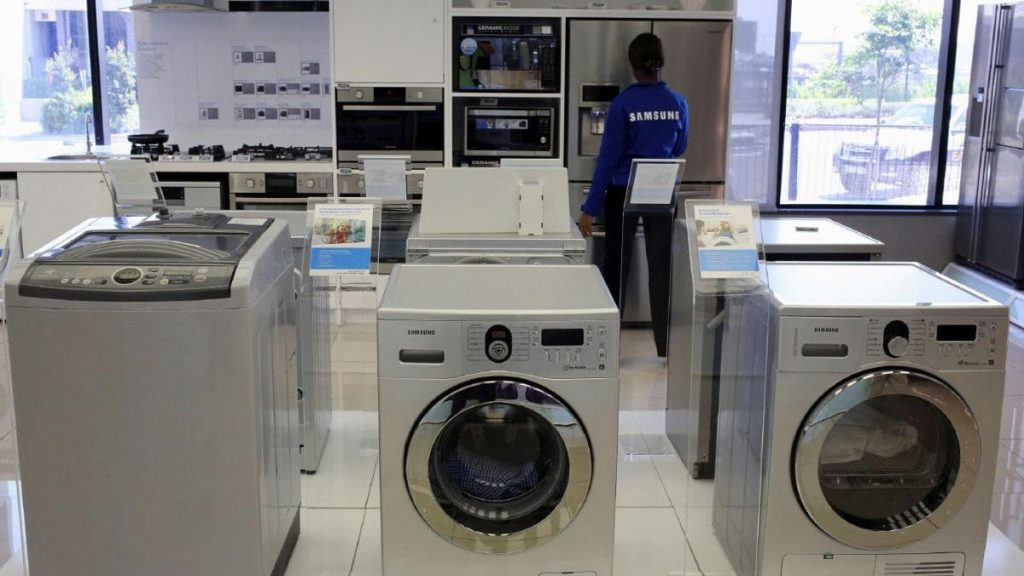 The fact that the lid of the washing machine is a dangerous element in the entire design, said the Commission on the safety of consumer products. During the test, it was found that when the drum rotates, a strong ejection of the cover is possible, which entails the risk of injury to a person or pet located in the same room with the device.

Numerous customer inquiries even spawned a wave of rumors that Samsung released a whole batch of exploding caps. The information was warmed up even more by the fact that the smartphone from Samsung – Note 7 had similar problems. The gadget recorded real cases of case explosion during use. In 2016, users also filed a class-action lawsuit against the manufacturer and won the case.

The explosive effect of washing machines of this brand is associated with the weakening of the lid fastening system. Chassis imbalance causes the cover to fly off with great force and in an unpredictable direction. There is also a real possibility of ejection of the drum from the body. Not a single case of ignition was recorded as a result of such a malfunction, but injuries to people and animals, injuries of varying severity, were documented. 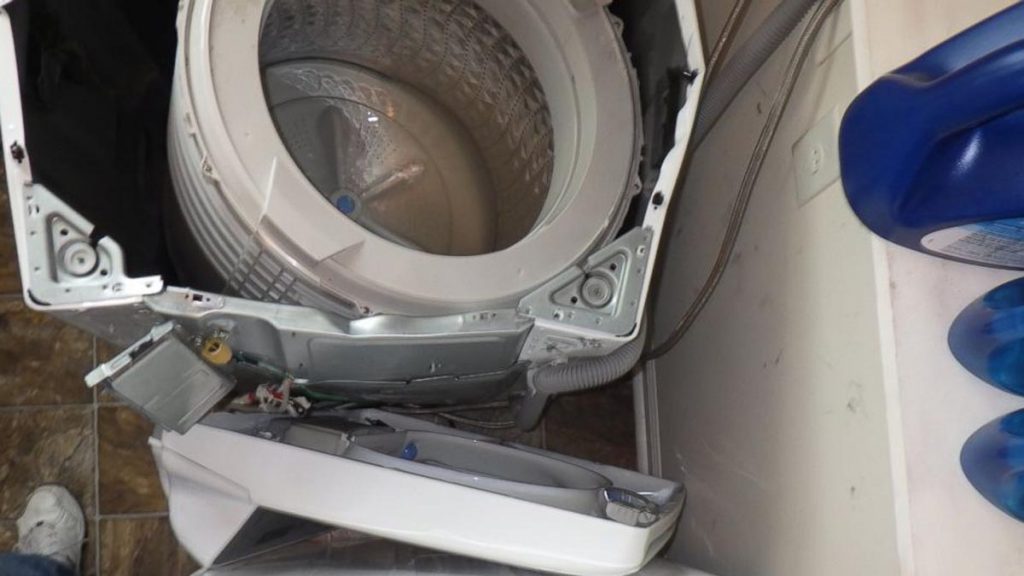 If there is a water heater or a gas pipeline in the same room with a washing machine, the consequences of an explosion can be even more tragic. For example, hitting the cover can damage the gas pipeline and cause gas leakage and subsequent fire, damage to the body of the water heater will cause the device to explode.

If you have a Samsung top-loading washing machine at home, we recommend that you check the list of recalled appliances. Verification is carried out by serial number on the company’s website.

Models included in the recall campaign

In total, the company’s management is recalling 28 million washing machines manufactured in the indicated years and sold in the United States. The full list consists of 34 models. Each piece of household appliances is marked with a serial number and model.

Search algorithm for the serial number and model name of the washing machine: 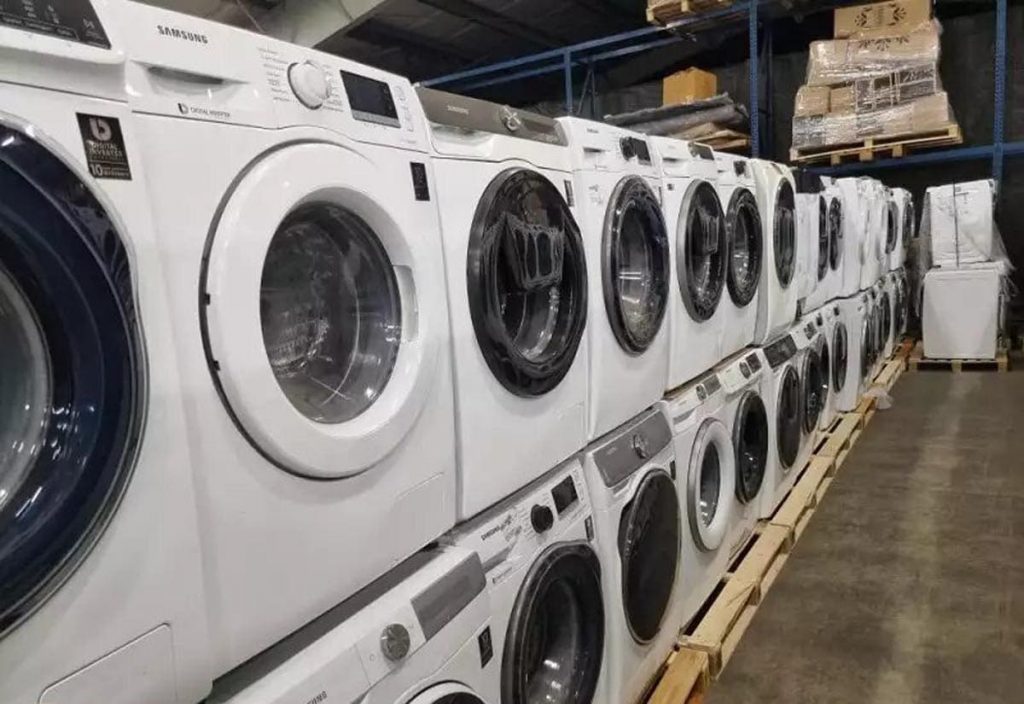 Knowing the serial number and model, the owner can easily check whether his car is suitable for a recall campaign. The verification is carried out on the website of the US Consumer Product Safety Commission. If this option is not suitable for some reason, it is recommended to contact Samsung technical support by calling the hotline or chat.

In judicial practice, there is such a thing as a class action lawsuit. It was in this form that a group of consumers who were injured as a result of operating a washing machine of this brand filed a complaint against the manufacturer of washing machines Samsung. Single claims in such a situation can also be filed, but from a financial point of view, this is not as profitable as with a collective appeal to the court.

It is known from open sources that the number of participants in the collective appeal to the court is more than 770 people. All of them were injured to varying degrees in the explosion of washing machines and the ejection of the drum from the case. The lawsuit was filed in October 2016, and in November they launched a campaign to recall household appliances. 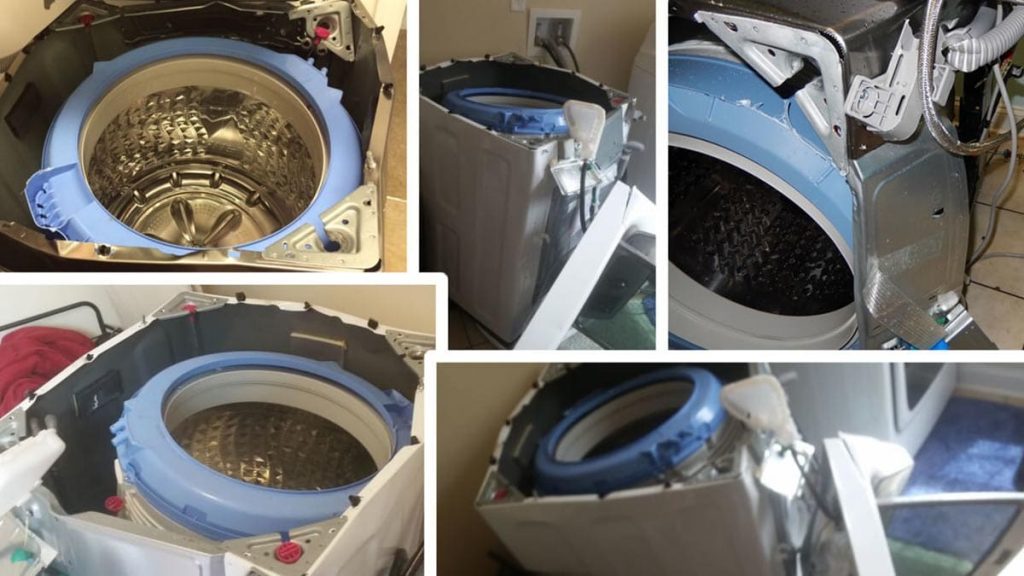 If the model and serial number of the washing machine are in the list of devices affected by this problem, then when exchanging for a new household appliance, it is covered by a 12-month warranty. In some cases, good discounts are provided for the purchase of new models or even preferential loans.

Samsung has provided several discount options for affected customers. To use them, you must contact the support of the manufacturer and file a complaint in the prescribed form. If it turns out that compensation is possible in different forms, you will have to fill out several applications.

Fully top-loading washing machines with this defect were withdrawn from sale on 10/6/2016. If a malfunction is found in household appliances purchased after this date, then the issue of compensation is always resolved in the direction of the client. To find out how to get a discount or what documents you need to provide, you can contact the Samsung support hotline or chat with a specialist online.

How to submit a support ticket

Compensation for material damage in the event of an explosion of a washing machine is carried out directly by the manufacturer of household appliances. A user who purchased a device between March 2011 and October 2016 is invited to receive the amount paid back, repair the equipment or exchange it for another model. Whichever option the buyer chooses, contacting Samsung support is indispensable. Support is available 24/7. 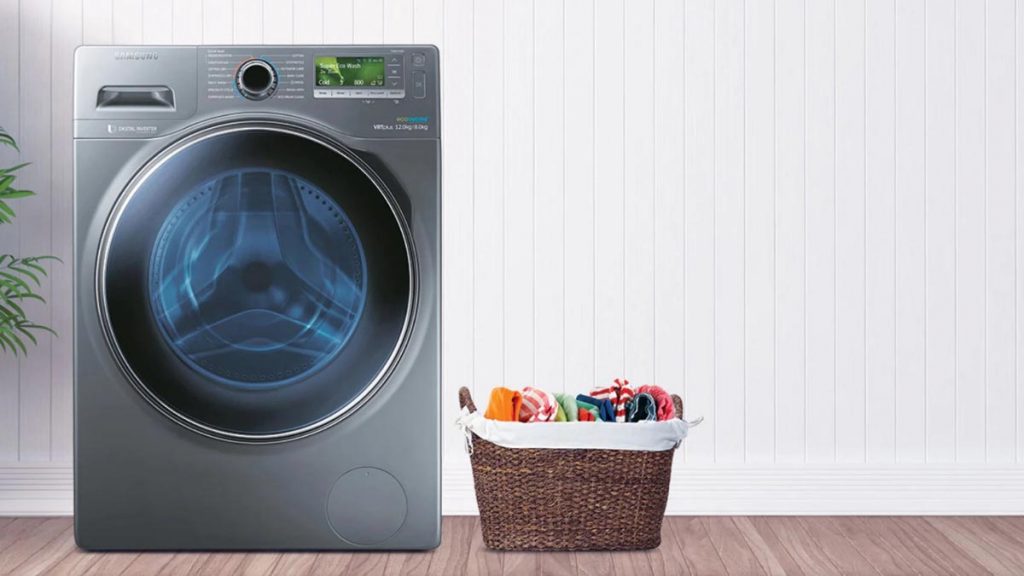 If the client has not decided what type of compensation he wants to receive, then a specialist from a chat or by phone will help you choose the best option based on the specific situation.

Replacement of household appliances is carried out only on the condition that the user has not got rid of the broken washing machine. To get a new working model, you will need to return the old device. The support line specialist will inform you about how the replacement is carried out, who will pick up and deliver the washing machine.

The issue of financial compensation in case of explosion of the washing machine body is also resolved through online chat or by phone. To do this, you must provide information about the device. The user should always remember that financial compensation may not be in one form, but in several options at once. To participate in the program, you will have to fill out several papers. 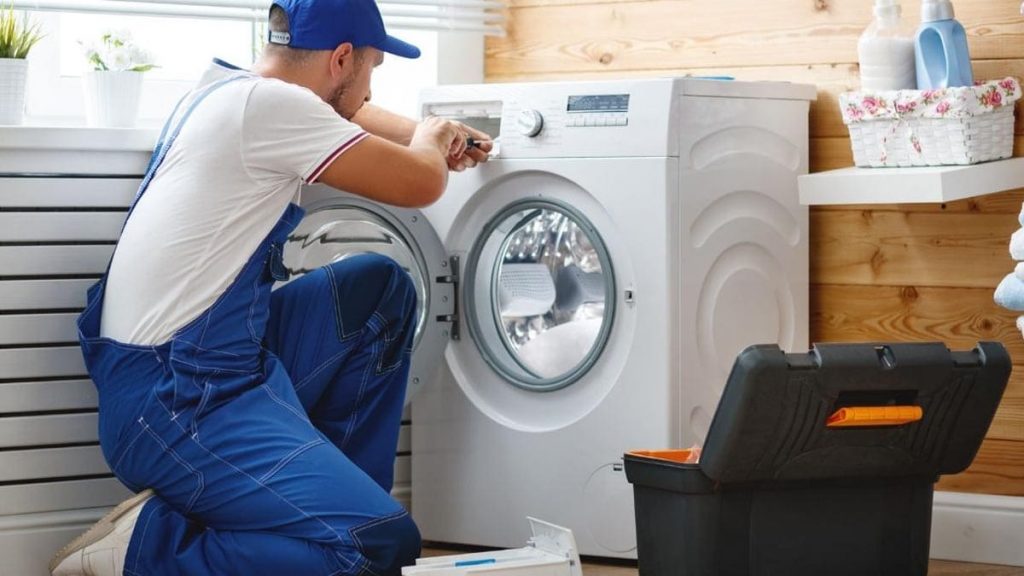 If repair is preferable for the consumer, then you can act in different ways:

The choice depends on the remoteness of the workshops from the place of residence, the complexity of transportation and other factors.

Which method of compensation from poorly made equipment is the most suitable, each victim decides independently. So far, there have been more mass recall campaigns, but it will still not be superfluous to check the information on the serial number of the machine on the Samsung website.