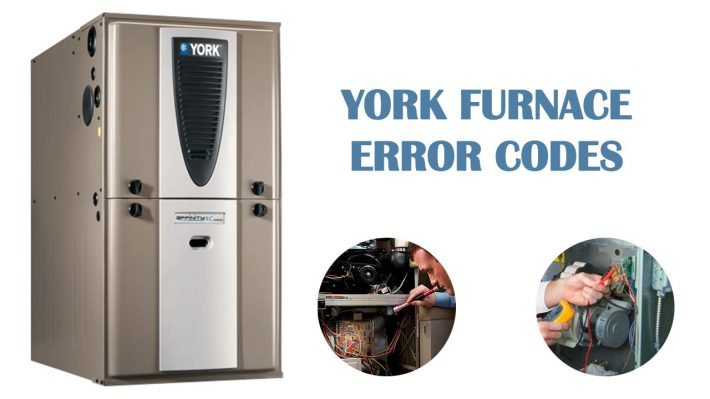 There are models of York furnaces featuring diodes at the door’s bottom. These diodes help display error codes, which come in green, amber and red colors to indicate either normal functioning or a problem. In most models, codes blink several times at a fraction-of-a-second interval and are alternated with a two-second pause. For instance, a code can flash twice, pause for two seconds, flash twice again, and so on. If the code on your furnace’s display stands for something other than normal functioning, use a troubleshooting guide and, if necessary, address your dealer.

If you see one flash of green light, the furnace is operating normally when there is no signal from the thermostat to produce heat.

An attempt to retrieve stored error codes can result in two flashes of green. The signal means that there are no error codes in the memory.

A quick green blink occurs in a test mode. If you see this kind of flash, reset your furnace by turning it off and then back on.

A single amber blink means that the furnace is operating normally, yet the thermostat signals a necessity to cool down.

Three blinks indicate that the furnace is functioning normally and it has reached the cycle’s set temperature.

Four blinks smean that air has some difficulty passing through the air system. This can reduce the furnace’s heating potential.

Five blinks indicate that air has difficulty circulating the vent and/or combustion system. This can reduce the furnace’s heating potential.

A series of rapid blinks may indicate low flame. Most likely, the low flame sensor rod is dirty or not positioned properly.

A single red flash means that there is no power at the gas valve, although the flame is there. Most likely, the gas valve is leaking or it is too slow to close.

Three red blinks are observed when the pressure switch fails to close and remains in the open position. This may happen due to obstructed vent and air intake pipes. Also, the switch itself, its hose and combustion air blower can be faulty.

Four flashes occur when the high-limit switch is open or the 24-volt fuse is blown. This can be due to poorly sized ducting network, blocked air filter, obstructed airflow, bad blower motor, or blown fuse on the control board.

Five red blinks signal an open rollout switch or auxiliary limit switch. You can reset the rollout switch manually by pushing the button on the side of the burner box.

Seven blinks signal a lockout due to lack of ignition. The control board will make three attempts to ignite. If none of them is successful, the system will lock out and retry after an hour.