Samsung is one of the leading manufacturers of dishwashers. In order for the device to serve longer, it is important to operate it correctly, as well as to understand the causes of breakdowns and eliminate them in time. The factors that lead to malfunctions, as well as possible solutions to problems, will be discussed below.

There are five most common problems with Samsung dishwashers.

The machine does not wash dishes well

Often, owners are faced with the fact that the machine does not cope with washing dishes as it should. Especially bad things are with the upper basket. The reason lies in the clogging of the sprinklers, otherwise, they are called sprayers. Remains of food get stuck in small holes, which leads to a weakening of the water pressure. As a result – poorly washed dishes. Inspect sprinklers, and remove dirt. In the future, rinse the dishes before loading them into the Samsung dishwasher. This will help reduce the chance of blockages. 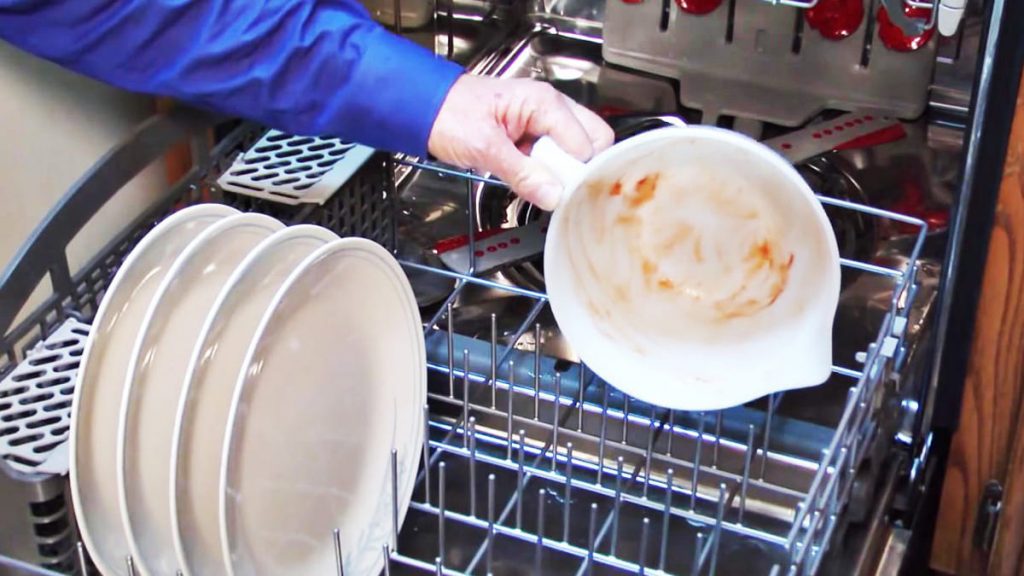 Check the mesh filter, which is located at the bottom of the washing chamber. It also clogs up over time. It is necessary to unscrew and clean both the filter itself and the space under it and the pump that supplies water.

Finally, the most common reason that the machine does not wash dishes well is that you are using a detergent that does not fit your model.

An unsatisfactory result occurs if the washing mode is selected incorrectly. Dried dishes should be soaked. 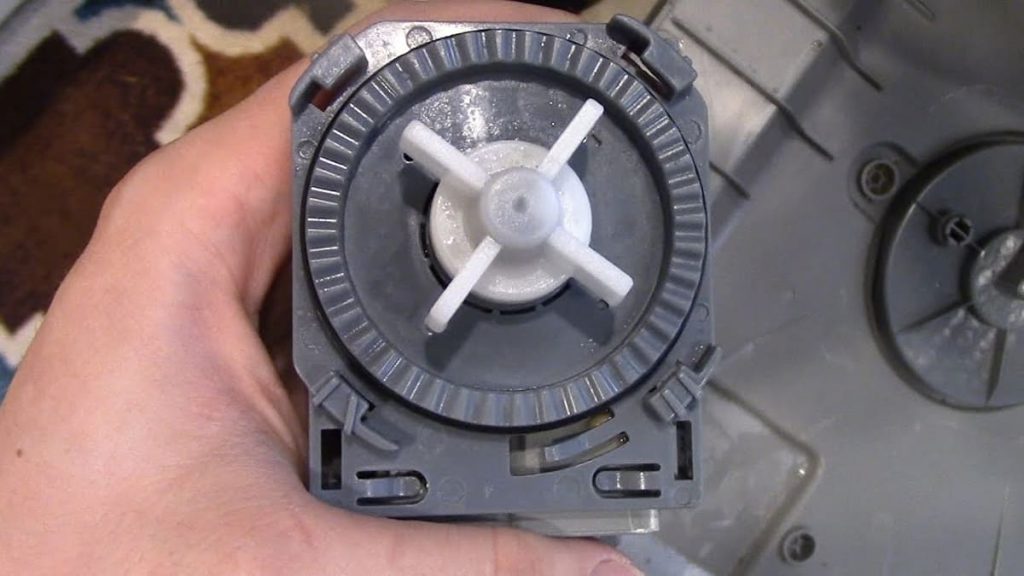 Water does not drain

Sometimes the following situation is observed with Samsung dishwashers: food remains and waste water do not drain into the sewer, but remain in the car. The reason may lie in the following details:

The filtration system includes coarse and fine filters, as well as the main filter. The task of the coarse filter is to trap the largest debris. To get rid of it, gently press on the tabs at the top of the filter, pull it out. Inspect and clean other filters that trap smaller particles.

A clogged drain area also causes the water to not drain from the Samsung dishwasher.

Examine the drain hose. If there are kinks that prevent draining, straighten them. Clogs also form in the hose, so it is necessary to clean it from time to time. 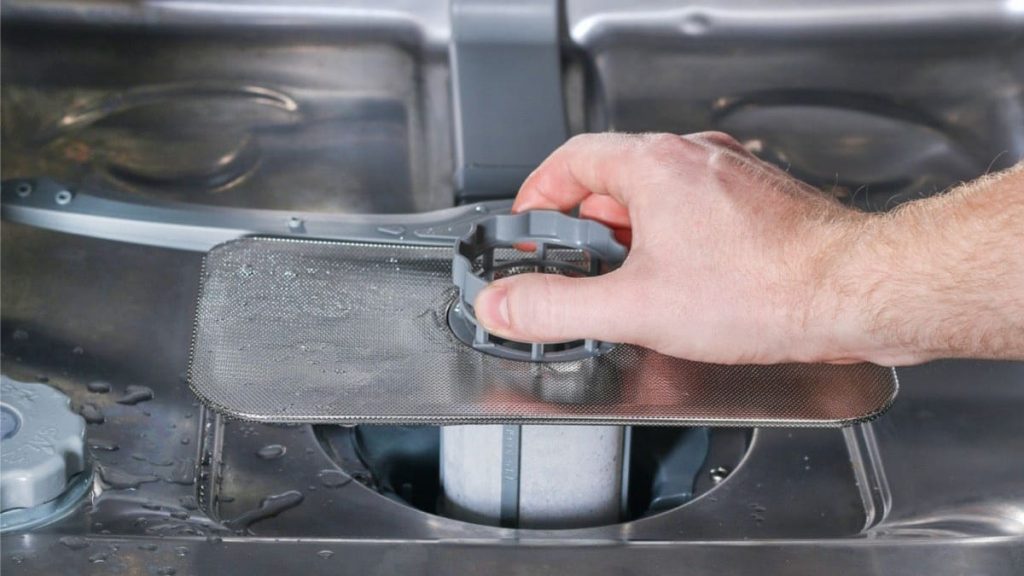 Pay attention to the check valve. A serviceable valve should shut off the drain only after the drain pump stops. If the valve is heavily clogged or damaged, it may not close the drain in time, thereby preventing the pumping of water. In case of light clogging, it is enough to clean the check valve of the Samsung dishwasher. If the valve has worked for many years or is damaged, you will have to replace it with a new one.

The drain pump normally makes a characteristic sound. If it does not make noise, there is a good chance that it has broken and is not pumping water. Your actions are as follows.

If only the impeller is damaged, replace it with a new one. In the event of a malfunction of the entire pump, you will have to buy and install another one.

Touchpad not responding to touch

Sometimes the touch panel of the Samsung dishwasher stops responding. This indicates that there is a problem with the control board or the touchpad itself is faulty.

Damage to the touchpad can be expressed in the fact that some of the buttons respond, and some do not. In this case, find out if only the touch panel can be purchased and replaced in your dishwasher model. If possible, replace the panel.

The control board is responsible for the operation of most parts of the dishwasher. It is better to diagnose a board malfunction in a service center and, if necessary, repair or replace it there.

First, make sure you close the car door all the way. Examine the door latch. If it is broken, the car will not start. Be sure to unplug the dishwasher before replacing the latch. Then use a Phillips screwdriver to loosen the screws on the inside of the door. This will separate the outer and inner panels. Before disconnecting the wires, take a picture of their location so that you can reconnect them later. Remove the screws holding the door latch. Install a new one, then connect all the wires and screw the door. 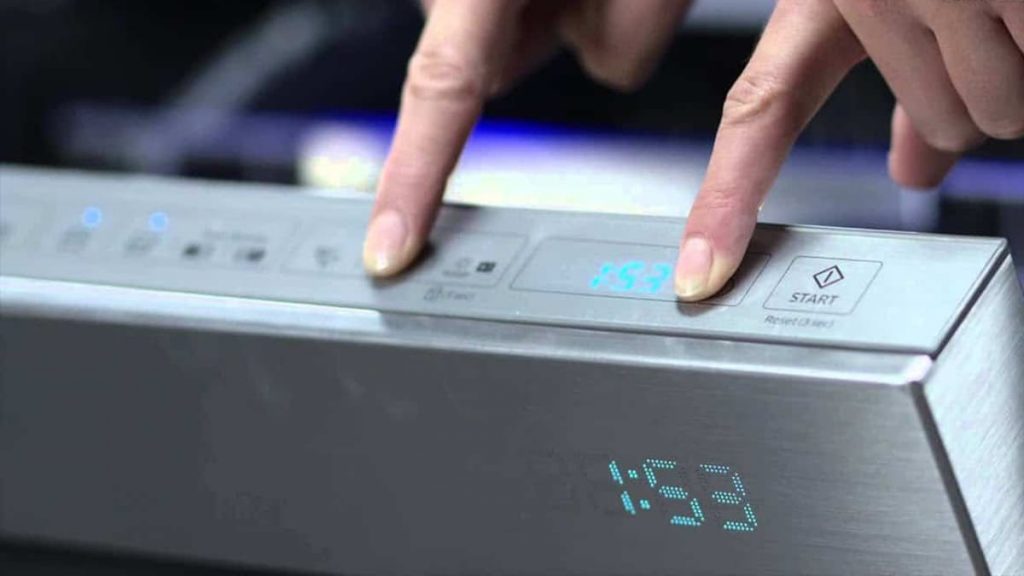 If the error code PE is displayed on the panel, this means that there are not enough dishes in the washing chamber. Some models of Samsung dishwashers do not start when too few dishes are loaded.

Also, the PE code may indicate that the pump is malfunctioning. In this case, diagnostics of this component will be required.

The reason that the Samsung dishwasher does not dry the dishes well lies either in the ventilation system or in the heating system. 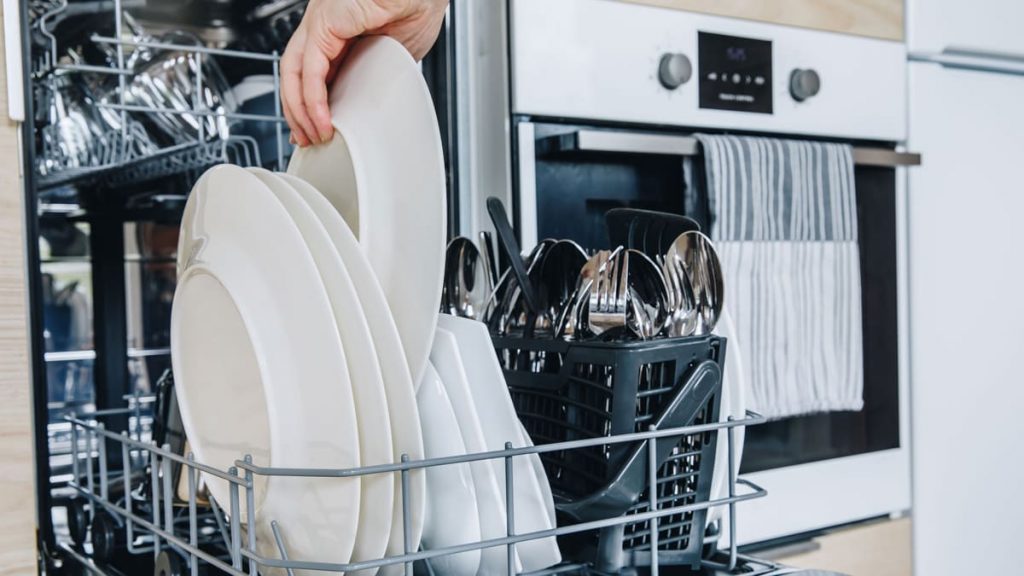 Some models use a turbo dryer, i.e. dishes are blown by a fan. A working fan hums monotonously. The absence of this sound or the appearance of clicks indicates a malfunction of the fan. It will help to replace it. However, in some cases, the fan does not work properly due to breakdowns in the control board, which was mentioned above.

To minimize damage to your Samsung dishwasher, do not ignore the instruction manual. Follow the instructions in the user manual. It is the violation of the rules of operation that often leads to problems.

Use only detergents that are suitable for your dishwasher model.

A number of problems the owner can solve on their own. This applies to removing blockages, and replacing hoses, door latch, and check valve. Before starting work, do not forget to disconnect the dishwasher from the power supply and turn off the water.

It is safer to carry out diagnostics, repair, and replacement of electronic modules in a service center.

Why the lights on the Frigidaire dishwasher are flashing

Reasons why dishwasher not drying