The Samsung freezer is an efficient food refrigeration tool. But during its operation, ice layers should not form.

Usually, the unit freezes when its door is left open for too long or something hot is loaded into it. Sometimes this phenomenon can be observed when there are problems with the seal or when internal air exchange is disturbed.

If the elimination of difficulties of this kind did not lead to the desired result, then you need to check the drawer guides for damage and check the functioning of other parts.

If the chambers of the device constantly freeze, then most often the reason for this is its improper use, defects in the door seal or a violation of the internal air exchange. 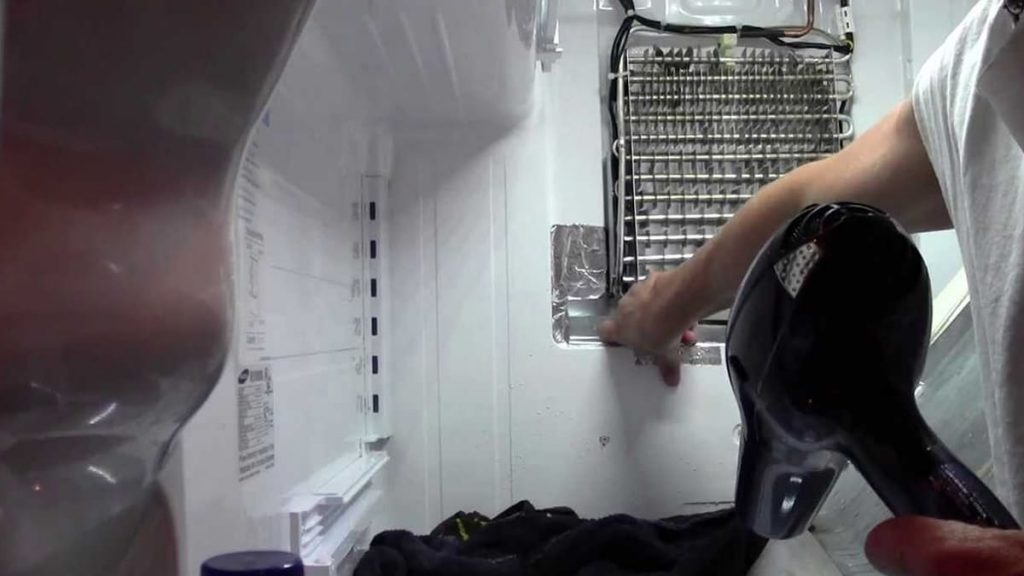 The freezers and refrigerators of this company are well-designed, but sometimes the owners make mistakes in their operation. A number of their daily habits can provoke a problem with the unit, leading to the formation of frost and ice in the wrong places. There are 2 main mistakes most often encountered.

The first of these is due to the fact that the door remains open for too long a period of time. Therefore, moisture and warm air get inside the household appliance, which leads to the appearance of frost and ice.

The owner makes the second mistake when he loads hot food inside. It also often leads to increased humidity. An even more unacceptable thing is that placing unrefrigerated products in the chamber leads to the active growth of pathogenic microflora. Such a threat can lead to the development of toxic infections.

Situations related to improper operation of Samsung household appliances are solved quite simply. The owner only needs to change some of the habits. 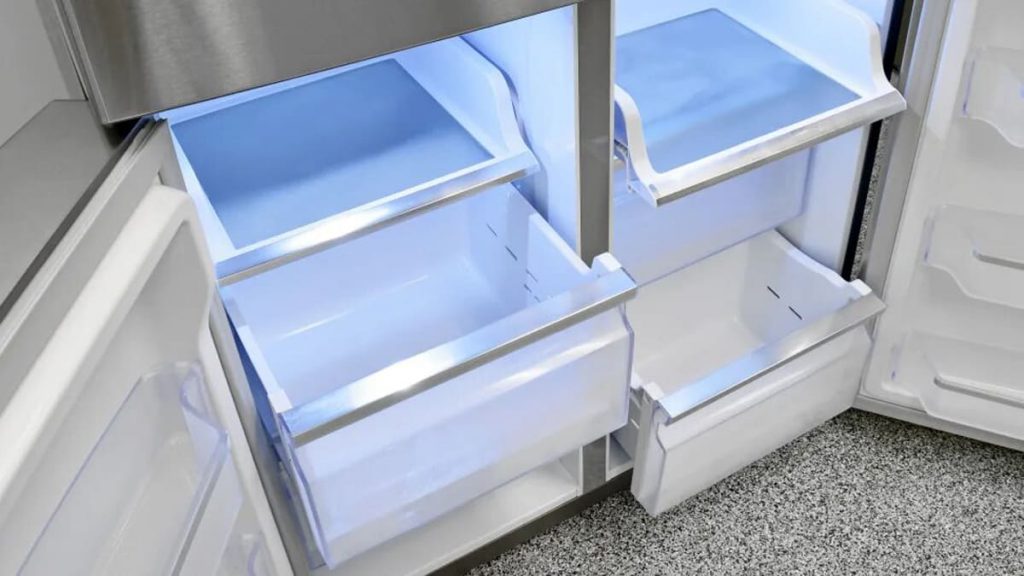 He should constantly check the duration of the door opening period. Then too much moisture and warm air will not enter the device. It is better to close it immediately and re-evaluate the need to remove something else. A little moisture always gets inside the refrigerator, but it always dries it out and prevents frost from forming.

Allow food to cool completely before placing hot food in the oven. Only after the temperature has dropped to room temperature, it can be placed there.

All Samsung unit doors are equipped with a rubber seal. It is designed to create an airtight barrier between the sash and the body.

Such gaskets do not allow moisture or warm air to penetrate inside the household appliance. At the same time, they prevent the leakage of cold air from it, which helps to maintain the temperature at the same level. 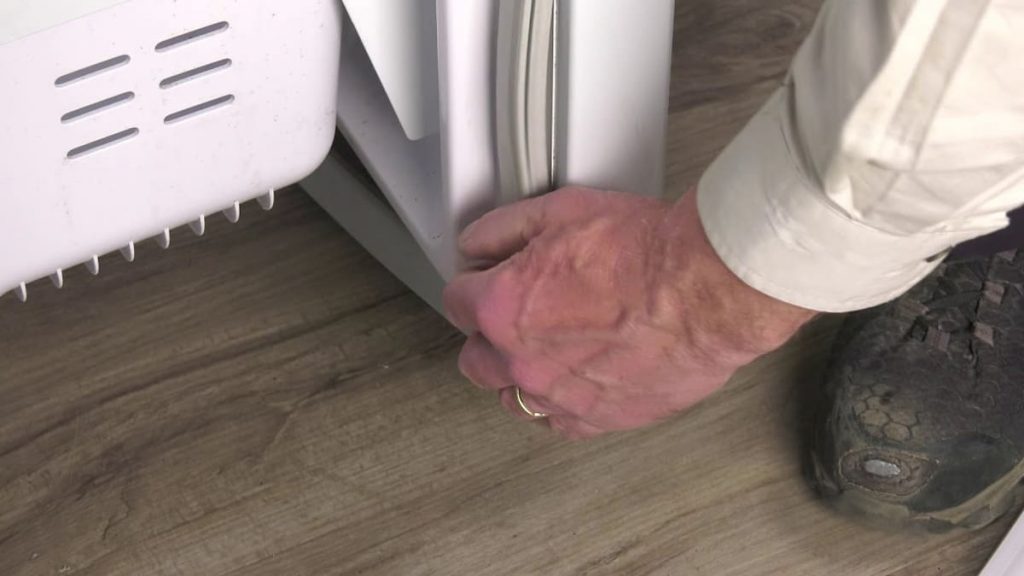 Door seals are prone to 2 problems related to deformation or foreign objects getting stuck. In such cases, they cannot provide the reliability of an airtight barrier. Then moisture and warm air enter the device and cause frost and ice to form inside it.

Frost and ice accumulate inside the equipment due to excessive ingress of moisture and warm air.

But even if ventilation is limited, then in the cells it should be full. If nothing interferes with it, then the evaporator coils will remove excess moisture. Violations of the circulation of air flows inside the unit occur when too many products are put into it. 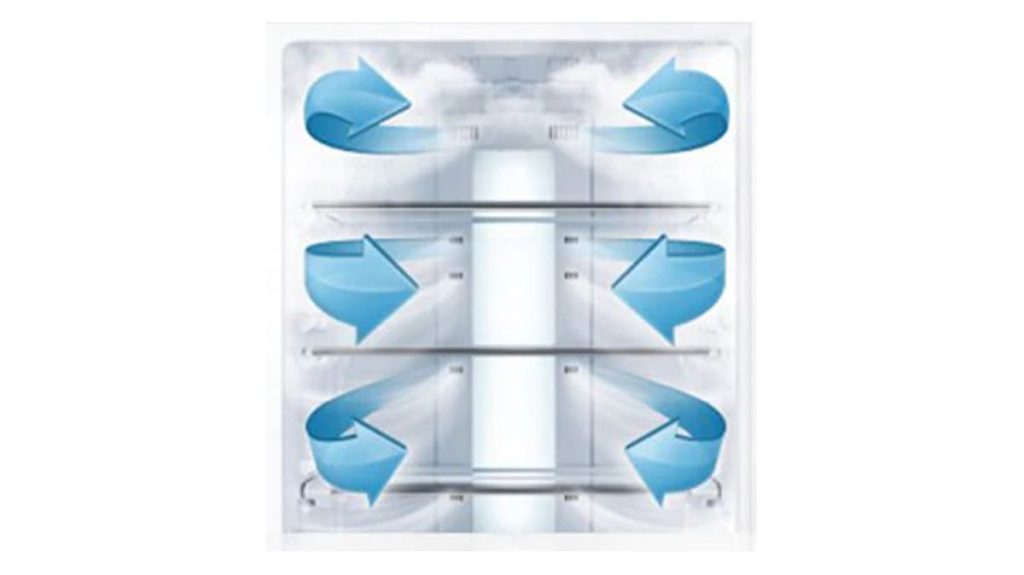 To make things even more difficult, the pots and bowls are arranged randomly. Such a disorder creates obstacles for ventilation through the corresponding openings and throughout the space of the household appliance. If the air masses are not free to circulate, then moisture will gradually accumulate. This feature is especially pronounced near the evaporator and vents. Then the water turns to frost, and then to ice.

The airflow inside the device can be increased in three different ways. Do not overload the equipment with too much food. Everything that can be stored in the kitchen or on the balcony should be removed from the Samsung refrigerator or freezer.

It is also necessary to make sure that food containers are properly organized in space and do not interfere with the full functioning of the air. It is better to put them on top of each other so that they are freely ventilated. Food should be placed away from ventilation openings.

Freezer freezing is often associated with drawer problems. They are equipped with special guides that allow you to quickly extend them. Then the owner is able to quickly find the products he needs at any time.

The resulting malfunctions of such parts also often lead to the formation of frost. A similar situation entails freezing of the unit even if its door seals are in perfect order. 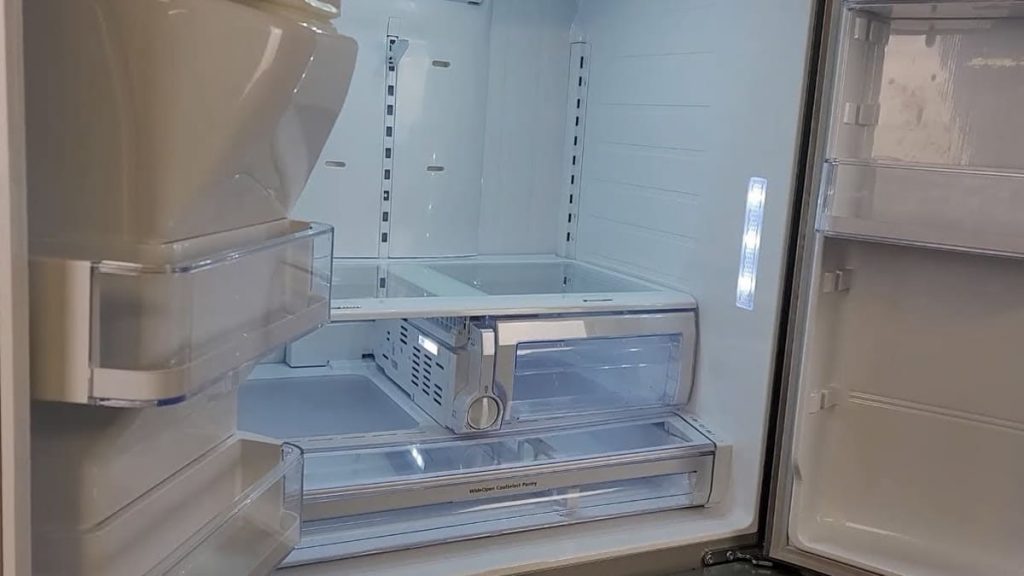 It has been previously discussed that overfilling compartments can restrict airflow and cause frost and ice to form. But this can lead to several more problems.

The first is due to the fact that an overloaded box does not allow it to be pulled out to the stop. Therefore, the door closes loosely and cannot reliably keep the cold inside. The second reason is that exceeding its weight limit also causes damage to its guides.

To solve these problems and prevent them from occurring, it is worth evenly distributing food between compartments. Periodically, it is desirable to transfer some of the containers to the freezer or to the balcony to free up additional space in the cells.

These critical parts are essential not only to keep the crates in place, but also to keep them moving. Such a device helps the owner of the household appliance to quickly get to any area of ​​the compartment.

Overcrowding is often caused by too much food. A similar problem leads to distortion, malfunction or breakage of the supporting tracks. Their failure does not allow the compartment door to close completely and create a reliable seal. 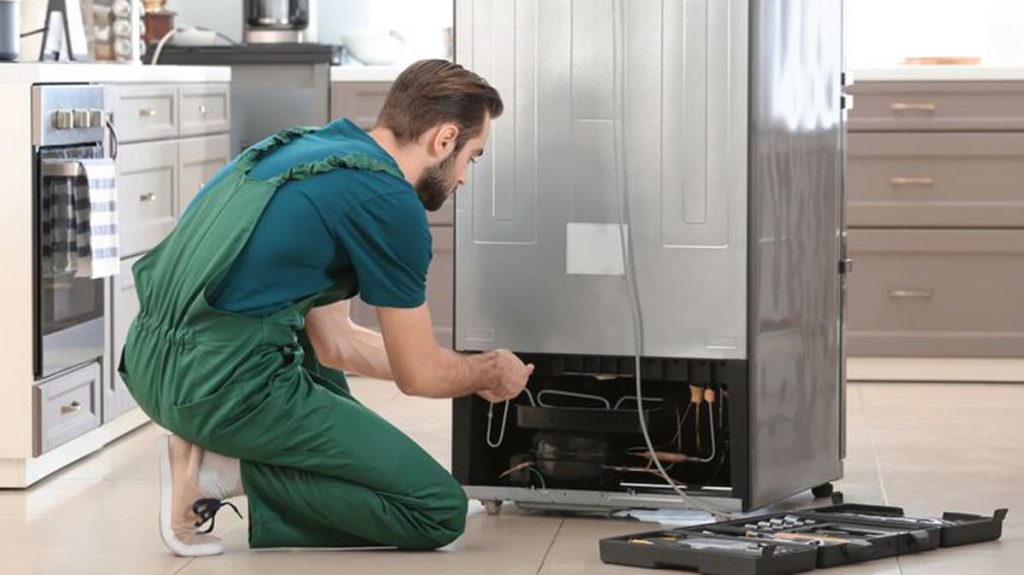 It happens that the owner of the device took into account all the previously mentioned recommendations for correcting problems with the operation of his equipment, but did not correct the situation. Then you need to decide what else can interfere with the process of defrosting it.

Usually Samsung is equipped with an automatic cycle that comes into action one or more times a day. These actions are required in order to remove frost and ice before it is too late and problems arise.

Defrost is usually not performed for a number of reasons, one of which is damage to the temperature sensor or heating element. In any case, the defrost cycle must start and end correctly in order to melt the ice buildup that has not yet grown too much. Their increase over a significant period of time will provoke complete freezing of the freezer.

The way out of the situation is to correct defects and replace parts to carry out such a process in the refrigerator. Before starting such work, it is necessary to turn off the unit and leave its door open to melt the formed ice.