Refrigerators by Samsung are classified as reliable household appliances. Sold all over the world and serve the owners for many years without any complaints. Despite this, problems in work and breakdowns are also not alien to them. If your refrigerator began to “act up” – do not wait until the situation worsens, take action immediately. And we will help you find out the cause of the incident and give recommendations for troubleshooting.

Common problems of Samsung refrigerators: lack of cooling, water leaks, extraneous noises, sounds, vibrations, a snow cap in the freezer, frost, frost, incorrect operation of the ice maker, etc. You can fix them yourself, but you will have to try. If all else fails, call a specialist. Just find out in advance how much diagnostics cost.

First of all, pay attention to the set temperature. The optimal range is from +1 to +7 degrees. The default is +3 (most common). Set the desired values ​​using the display buttons or the mechanical regulator (turn it in the desired direction). 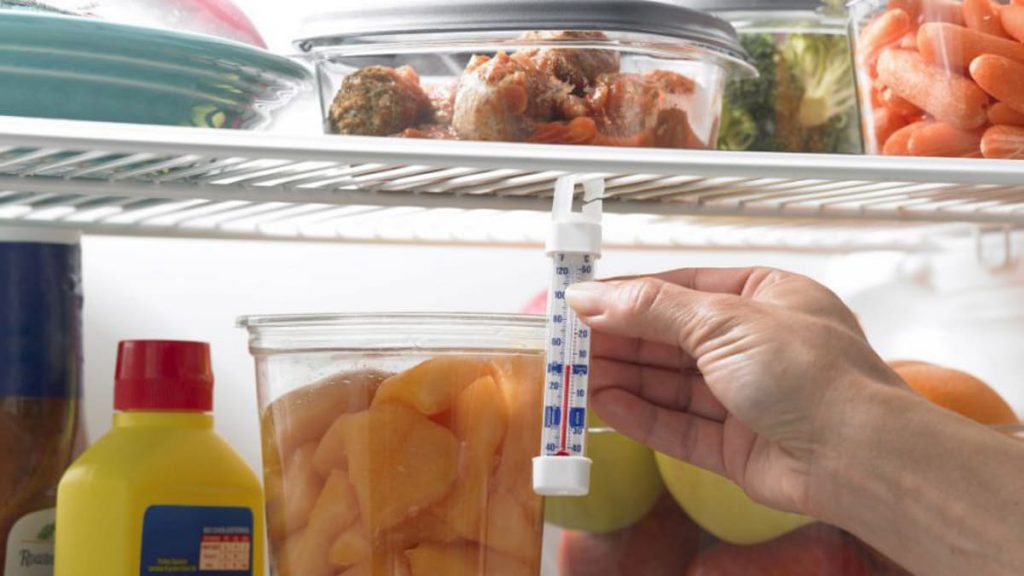 If you find that the food inside the refrigerator compartment deteriorates quickly, the problem may be in the door gasket, which has worn out over time and has ceased to perform its full function.

Do not forget to close the refrigerator door tightly after you take out the food. The owners of the equipment sometimes just push the door and it does not close completely. In this case, the sound signal may not work if there is a gap of 1-2 centimeters.

The seal ensures a snug fit of the door to the refrigerator body, and also prevents air leakage to the outside. Check its condition. Maybe there’s something stuck in his folds. Remove anything that interferes with the tight fit of the door.

If the refrigerator is old, the seal could break. In this case, cold air leakage is inevitable.

After replacing the seal, set the temperature below the required one in order to accelerate the formation of the desired microclimate inside. 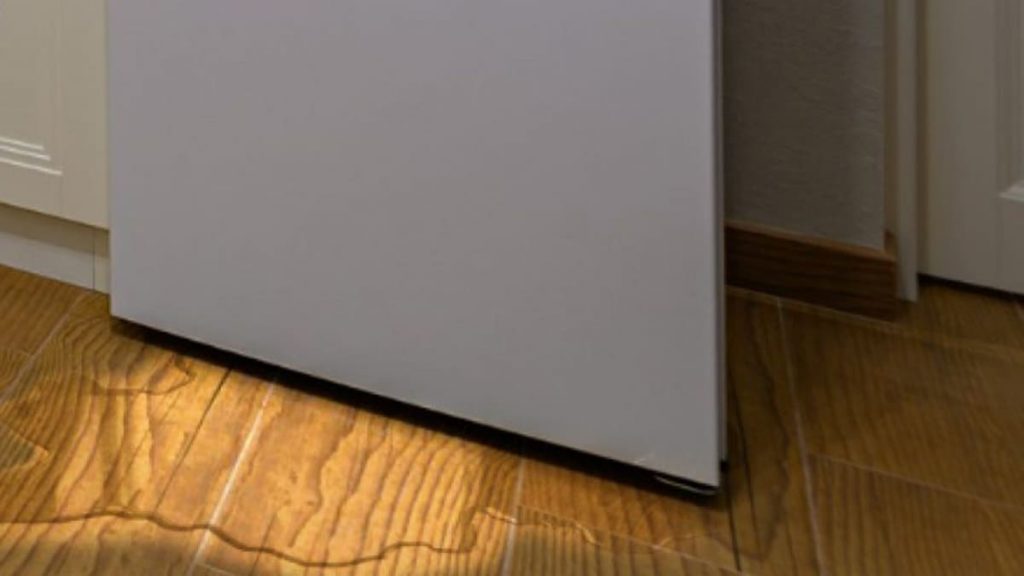 Water is leaking from the refrigerator

If the refrigerator is leaking, determine the source of the leak. After that, start solving the problem.

The cause of leaks depends on where they occur. You need to move the refrigerator and carefully look at which elements have moisture. If a puddle has formed behind the refrigerator, it is necessary to check the correct connection of the water supply hose to the inlet. If water has accumulated inside the refrigerator compartment, check that the filter is installed correctly. If it is damaged, replace it.

Water may leak from the sump. If it is full, then it does not have time to evaporate. Drain it from there by unscrewing the pan or using a “pear”.

Knocks and vibrations inside the Samsung refrigerator

The refrigerator makes various noises and sounds during operation. If there are those that you did not notice before, and they are quite annoying, there is reason to be wary.

The source of noise in many cases is the evaporator fan, which accelerates the air flows in the chambers. If a snow coating has formed near it, the blades will touch it, which will provoke the appearance of extraneous noise. If the blades are covered with ice, it will be a loud grinding noise that is impossible to hear.

If the refrigerator is packed to capacity, the packaging elements can interfere with the rotation of the fan blades. You need to leave enough space between them. However, this rarely happens. In general, food should be laid out so that the ventilation openings are not blocked. Otherwise, the airflow will be poor, the products will deteriorate faster.

What you should do:

It is not recommended to use a hair dryer because the fan blades and internal panels of the refrigerator are made of plastic, which can deform under high temperatures. 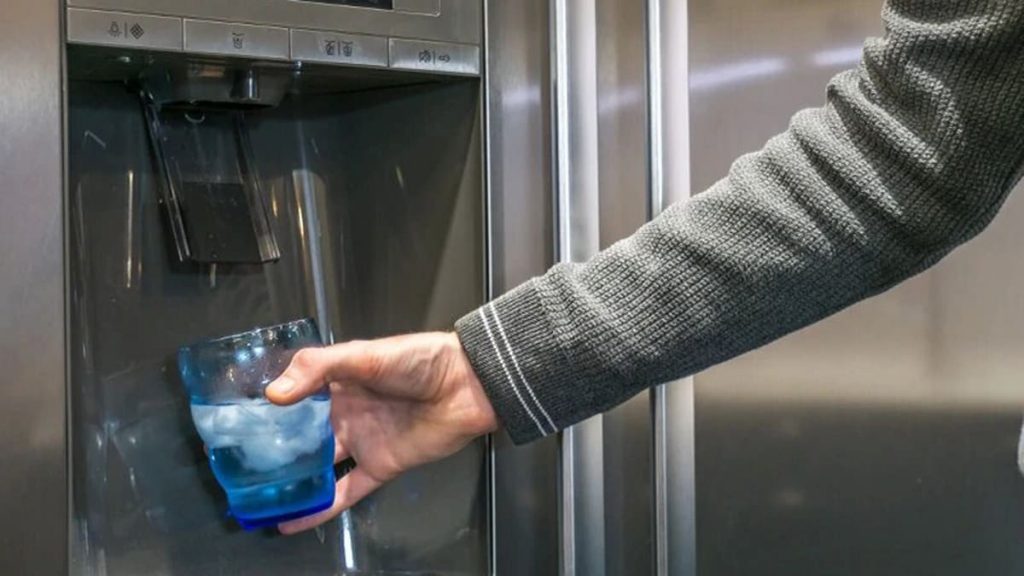 Ice maker does not produce ice

After pressing the ice supply lever, the cubes should fall into the cup. If none of this happened, the switch responsible for signaling the ice maker is probably broken. The switch is behind the ice dispenser panel, behind the lever. When activated, the ice maker receives a signal to rotate the auger and supply ice to the dispenser opening.

The dispenser switch breaks for 2 reasons:

Electrical damage: short circuit, power surges. Mechanical damage: breakage of switch elements. To restore ice maker functionality, replace the failed switch. To do this, turn off the power to the equipment, unscrew the screws holding the ice dispenser panel and gain access to the lever and switch. 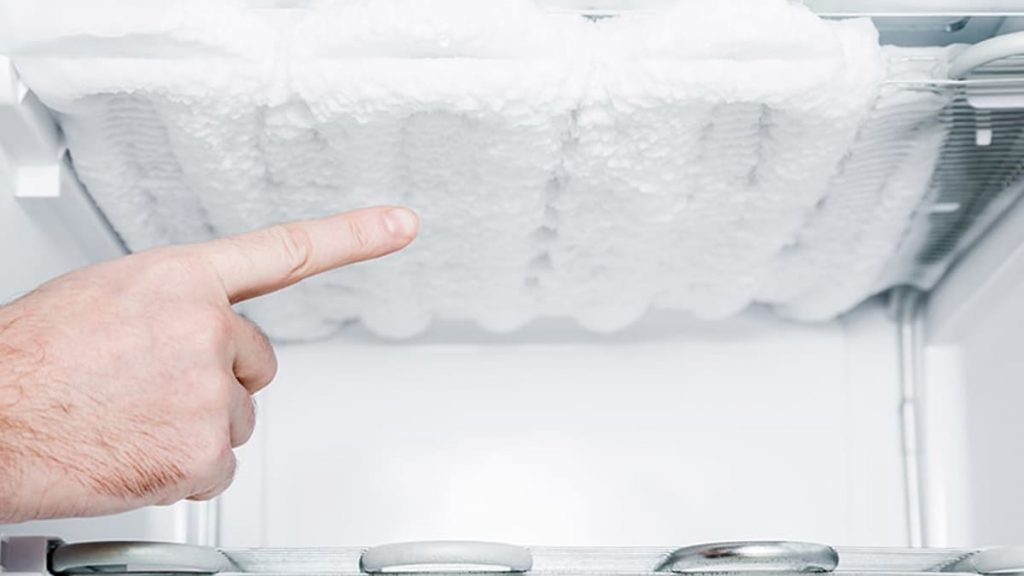 A fairly common problem with any refrigerators, not just Samsung. The freezer compartment is used to freeze food placed in it. Ice and frost should not appear in it, because this indicates problems in the operation of the freezing system.

Pull out the drawers and inspect the freezer. If there is a snow cap, ice, frost on its walls, then there is a problem with the quality of ventilation. It, in turn, is caused by a clogged vent. This means that the air inside does not circulate and comes into contact with moisture, after which frost forms.

Insufficient ventilation and clogged vents can be caused by large amounts of food inside. Most likely, the packages get accustomed to the back wall of the freezer and prevent the passage of air.

To get the refrigerator back in working order, you must clear the rubble by opening the vents. Pull out the products, arrange them differently. Try to keep a small distance between them and the walls so that air currents blow them evenly from all sides. After the restoration of normal air circulation, moisture will be removed from it more efficiently, frost will not form.

Pay attention to any accumulations of ice and frost that have formed inside so far. Chop off what you can with your fingers. Leave the refrigerator with the freezer door open for natural defrosting. If you still want to use a hair dryer, keep it at a distance of 20 centimeters and do not turn it on at full power.

We have collected the most frequently asked questions from owners of Samsung refrigerators. We recommend to read.

How long does a Samsung refrigerator last on average?
The average service life of refrigerators of this brand is from 10 to 15 years. With proper care of household appliances, the duration of its work can be extended. Plus, replacing old parts with new and original ones significantly increases the service life.

How reliable are Samsung refrigerators?
Samsung appliances are reliable and refrigerators are no exception. They are among the most durable on the market. The company monitors its reputation and invests a lot of money in maintaining it. And this is the main thing that the consumer needs.

Why does the refrigerator work, but the food inside does not cool?
If the refrigerator turns on, but the food inside is spoiled due to the high temperature, this may indicate a breakdown in the evaporator fan motor. The cooling system continues to function as before. That’s just the air that got inside with the help of a compressor is not distributed. After all, the fan is responsible for this.
It is recommended to replace the fan assembly with the motor. To do this, you need to pick up a similar device in the online store and order delivery, and then replace it. The fan assembly will cost more, but it will be less fuss. You only have to connect the pins to the existing connectors.

Condensation appears on the walls and products, why does this happen?
If a lot of food with a high liquid content is left unwrapped in the refrigerator, this leads to condensation on the walls. Store them in special containers. Also, do not keep the door open for a long time.

There was an incomprehensible noise, what to do?
Place the refrigerator straight. Move him away from the wall if he is too close to it. Check for foreign objects behind or under the device. Make sure the compressor is not the source of the noise. Many noises are natural, such as ticking. Appears when compressing and expanding various elements of the device.