LG brand automatic washing machines equipped with a front-loading function have the ability to give an alarm signal when a breakdown occurs. During the signal, the display of the unit receives the corresponding code, which allows you to quickly find the fault. The OE breakdown code indicates that the washing machine cannot remove water from the working tank during the washing process. The time period for which the liquid is removed from the drum is regulated in time and is about 7 minutes. If the drain time is longer – the machine gives an OE error.

A breakdown of the OE signals to the owner of the LG washing unit that the machine could not remove water from the tank. The cause of the failure can be quite serious malfunctions, which cannot be eliminated on their own, or minor problems that can be removed without contacting a specialized service. 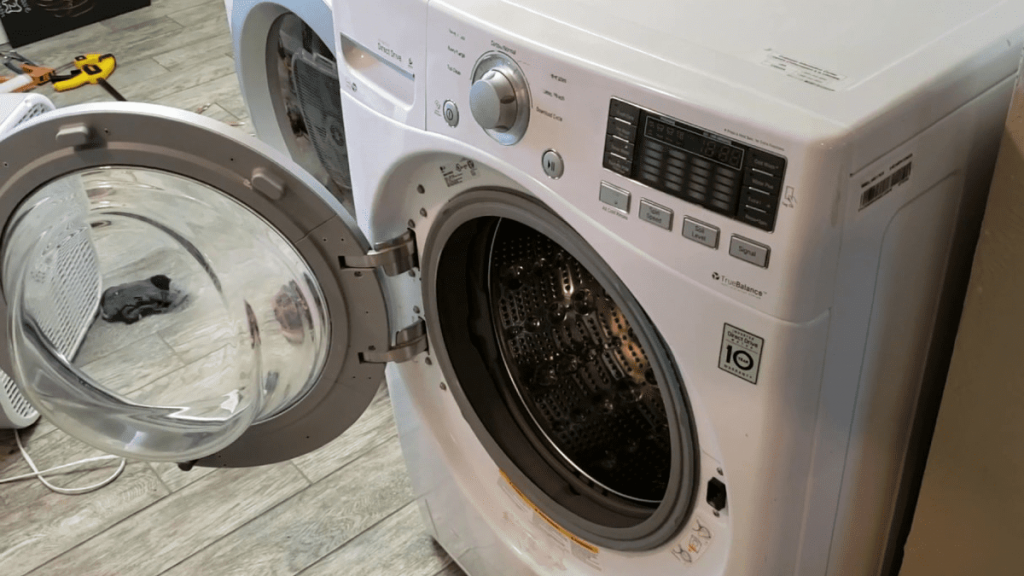 Advice! If this code occurs, you must quickly remove (manually) water from the machine and pull out the laundry.

After the LG washing equipment has generated an OE error, you need to check three possible reasons why this code appeared: the drain pump has broken; drain hose; drain pump filter is damaged. The first step is to check the drain hose of the washing unit for kinks or blockages. Then the algorithm of actions is as follows: 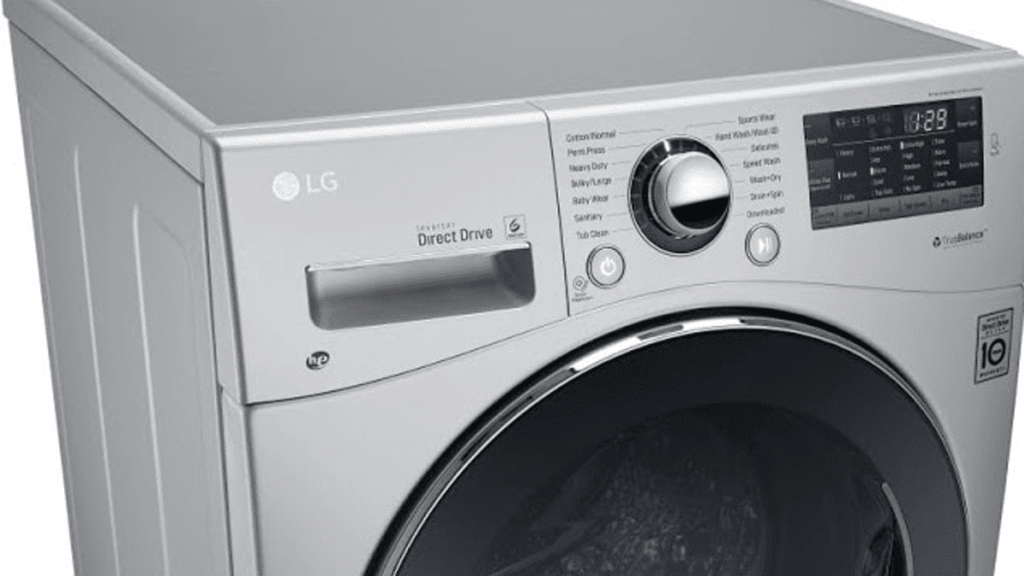 Recommendation. If all the proposed measures to eliminate the OE error have been performed correctly, but the washing machine continues to show a drain malfunction, in this case, it is recommended to contact the relevant specialists. Independent continuation of the repair will lead to more serious consequences, after which the equipment may become completely unusable, which will cause additional expenses for the purchase of a new washing unit.

Before proceeding with the troubleshooting of the drain pump, due to the malfunction of which the LG washing machine shows an OE error, the unit must be disconnected from the power supply. After that, you need to unscrew the screws that fix the upper part of the equipment and remove the soapbox by depressing the latch. After removing the box, two screws are unscrewed, on which its body was attached. Each LG model has its own system of fasteners, depending on the design of the machine, additional fasteners may be located on the right, fixing the control panel, or there will be fixing protrusions located on the top, for which you need to pull. 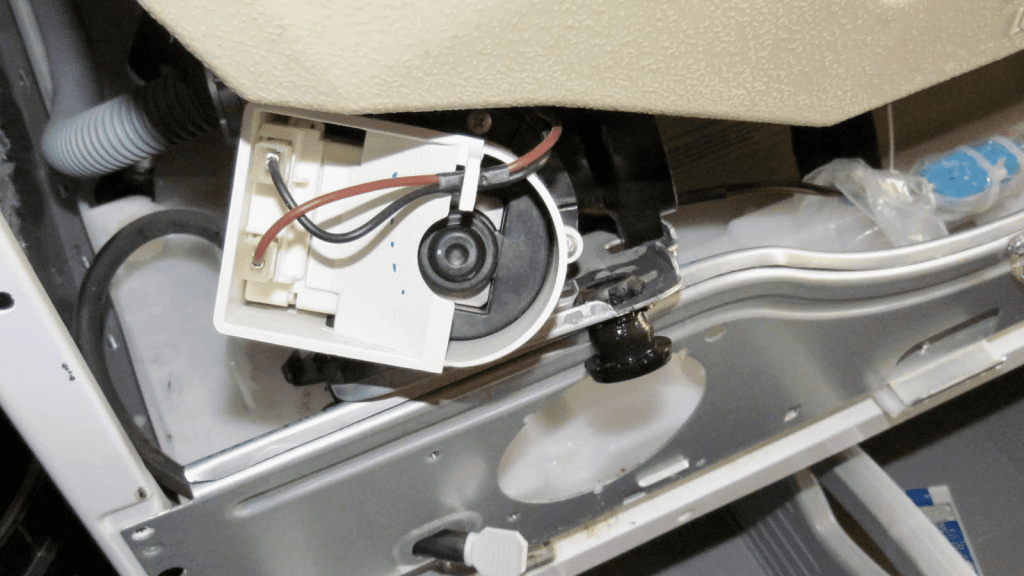 After detaching the panel, it is retracted onto the top of the washing device. Then you need to open a small door located at the bottom left of the unit. Behind the door, there will be a small drain hose, which is pulled out with the end out, and a small container is placed under it, which is necessary to collect the remaining water in the machine. Behind the door, there will be another screw that will also need to be unscrewed. The cover that opens access to cleaning the drain is removed. Another screw opens, fixing the lower part of the front panel, it must be unscrewed. Then the sequence of actions will look like this: 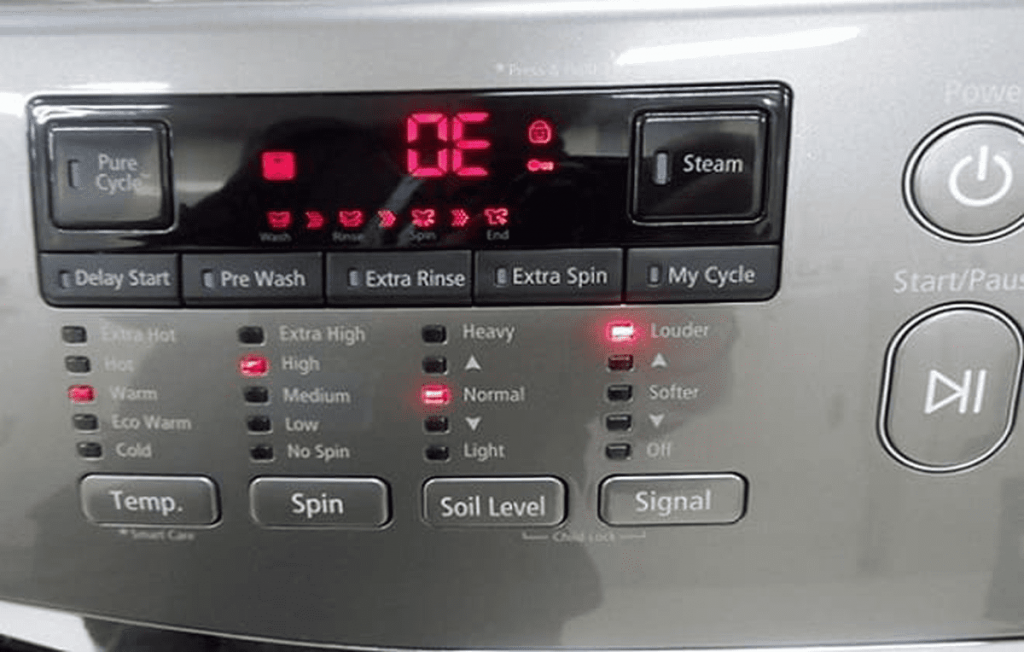 The drain pump motor is located at the bottom of the machine, depending on the model of the washing unit, it can be equipped with two or three drain hoses. Advice! Repair of the drain pump, the breakdown of which is one of the causes of the OE code, is not recommended if the machine stopped during the washing cycle, but after manually draining the water it started up again. The pump is working, just clogged either itself or the nozzle. Need to clean them up.

Removing the pump from the LG machine

After the drain pump has been fixed to the base of the equipment with several bolts, the clamps are removed from each hose, and the drain hoses themselves are disconnected from the pump. After removing the hoses, you will need to unscrew the remaining screws that hold the drain pump in place. If the model of equipment has a metal bracket that fixes the pump assembly, the bolts must be removed from it. If the bracket is missing, a small mounting tab is removed and placed under the rear centre of the pump housing. 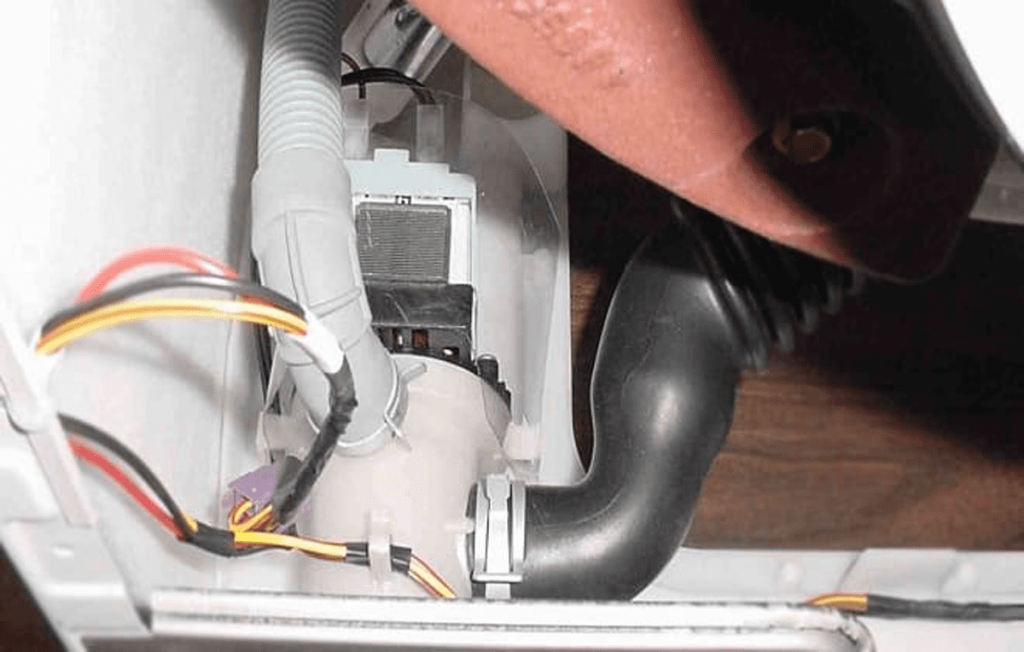 After removing the pump assembly, you will need to disconnect the wiring harness. When removing the wires from the pump, be sure to remember their colour arrangement in order to unmistakably return them back during assembly. After unscrewing the three screws, the pump motor is removed from its housing, the cover is removed from the motor itself. The damaged power unit is thrown away, and a new engine is installed in the pump cover instead. After the engine is installed, the phased assembly of the LG washing machine begins in reverse order.

Inspection of the control module of the washing unit

Rarely enough, but it happens that the reason for the appearance of the OE code on the display is a critical failure in the equipment control module. When repairing the module yourself (highly not recommended), you need to start with visual diagnostics of the board, carefully examining all its components of the electrical circuit. Often a malfunction can be detected by simply inspecting the board. A resistor can burn out or a capacitor can swell, which is quite easy to notice. If a visual inspection did not give anything, you need to check every detail on the module diagram.

The OE fault code in LG washing machines does not always indicate that the breakdown is critical and it is necessary to call a specialized specialist. With a number of common problems, you can figure it out on your own, having in stock the minimum amount of necessary knowledge. This will save your budget (no need to pay a master), save time (no need to wait a long time for a repairman) and learn how to fix household appliances yourself.