The dryer market has traditionally experienced a high level of competition. Therefore, manufacturers are betting on the introduction of new useful features that could make their products stand out.

We need to talk more about LG and its new FlowSense feature. It ensures the safety of using the equipment. Its essence lies in the fact that in real time the state of the device’s vent is monitored in order to avoid the appearance of any obstacles to the passage of the air stream. This option helps the dryer to signal clogging by turning on the indicator so that the owner can quickly clean it out without the risk of damage to the dryer.

LG cares about the safety of the smooth operation of its products, and therefore has provided a function to monitor its ventilation holes and the occurrence of blockages in them. The new option contributes to a more efficient operation of the unit, preventing its ignition. 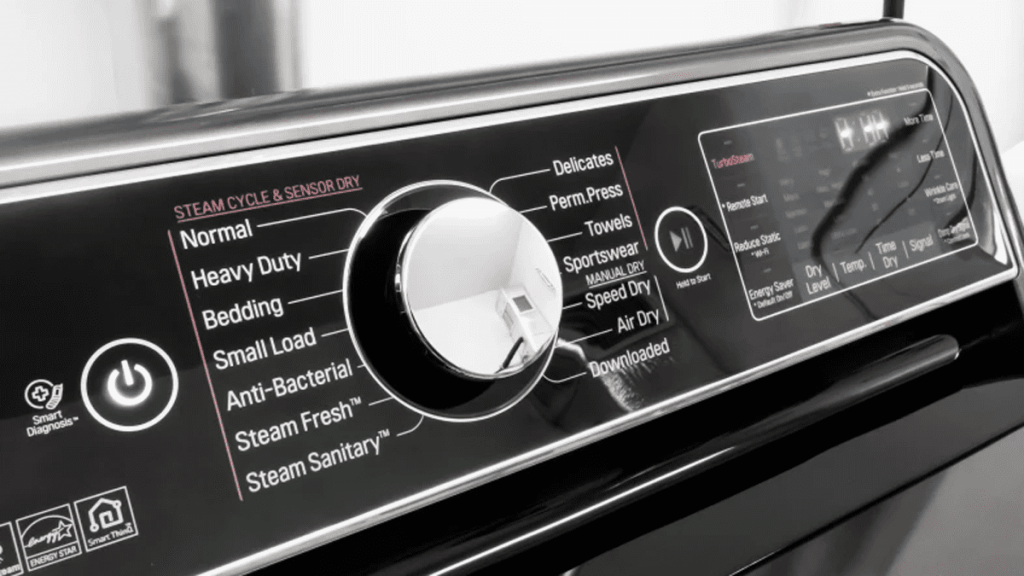 LG FlowSense monitors for any obstruction to the free flow of airflow. Typically, such violations appear in connection with bent or pinched passages, as well as with the accumulation of piles in them. In such a case, the restriction of the passage of the air stream creates an increased risk for the operation of the device.

Therefore, the developers of LG made it so that the sensor of the device quickly finds the speed limits of the moving stream and warns the owner about them.

The owner of the appliance can quickly adjust its operation by cleaning the outlet, which will restore the full volume of the air stream. After that, he will need to clear the error code and stabilize the state of the FlowSense indicator.

Benefits of the LG FlowSense indicator

FlowSense with a similar inscription is located directly on the display panel of the LG dryer and is additionally indicated by a rectangle figure with 4 horizontal stripes. 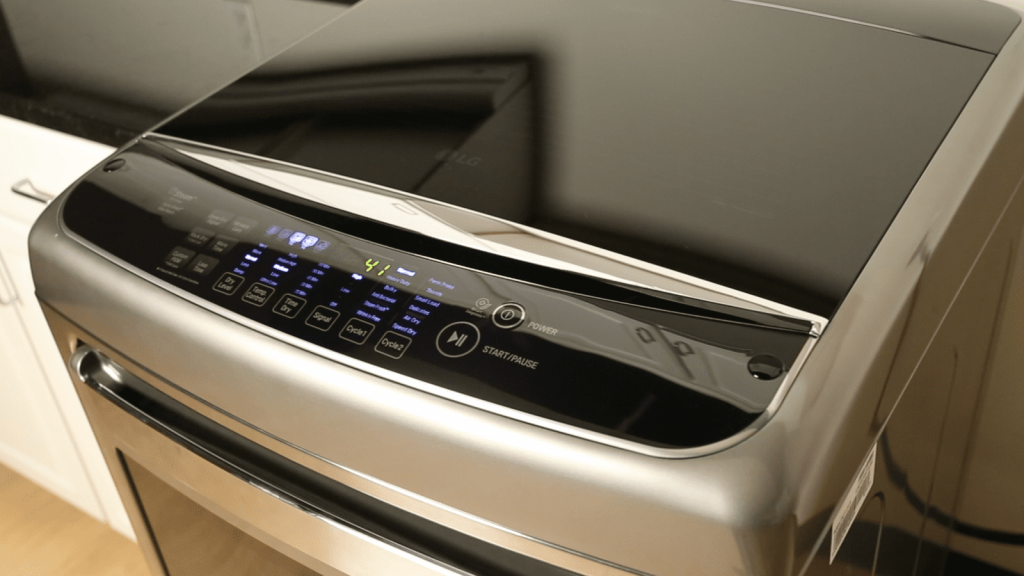 In the event that the exhaust of the machine is functioning normally, the option does not make itself felt, and FlowSense error codes are not visible. But then, when there is a malfunction of the vent, then FlowSense is launched and the corresponding error code is displayed.

The LG FlowSense model is capable of displaying error codes, demonstrating the extent to which the vent is blocked.

Let’s talk about these notations in more detail:

If the display shows FlowSense with error codes, the appliance is not ventilating at full capacity. The symbols that appear help to understand the essence of the problem and quickly eliminate it, after which the device will work normally again.

When the blockage in the dryer air duct is cleared, the FlowSense error code will automatically disappear. But you can also reset it by rebooting the machine by following a series of steps.

First you need to disconnect its plug from the outlet and leave it in this position for 5 minutes. Then you need to reconnect it to electricity. After all actions are completed, the memory will be cleared and the error code will disappear.

As long as the air vent is clear of obstructions, the FlowSense indicator will not beep.

If the FlowSense light is on and the corresponding error code is visible, the unit is not ventilating properly, causing problems for the unit to operate. Usually they lie in the fact that the restriction of the passage of air flow through the hole has led to the fact that the device does its job longer and the laundry dries worse. Therefore, people not only waste time waiting for the end of the process, but also use an increased amount of electrical energy compared to the standard load. In addition, hot air is not able to freely leave the vent. Therefore, the equipment and its ventilation duct overheat, which can lead to damage and lead to a fire in the home. And the accumulation of lint and contaminants that clog the passage sometimes provokes ignition. According to statistics in America, each year, such fires lead to death, injury and loss.

An LG dryer with a certain symbol displayed on the FlowSense indicator warns that it is not well ventilated. The owner urgently needs to fix this problem, as only urgent measures will prevent a fire and return the unit to normal. How to fix FlowSense on LG dryer?
To eliminate any error on the LG FlowSense machine, it is necessary to restore the completeness of the passage of the air jet through the corresponding passages of the unit. To do this, you need to carefully clean all existing blockages and accumulations of even the smallest villi in order to normalize the functioning of the ventilation of the device.

What problems arise in the absence of cleaning?
The lint filter should be cleaned regularly, as it is a real trap for them. In addition, a large volume of them will penetrate into the air ducts, causing blockage in them. If this advice is neglected, the device will be poorly ventilated, making it difficult to remove moisture from the laundry.

What are the difficulties associated with blocking the vent of the dryer?
If the unit’s vent is blocked, hot air cannot escape the building. Then the device will dry clothes longer with the loss of a large amount of electricity and the risk of overheating. This can lead to ignition and fire in the room.

How often should the dryer ventilation be cleaned?
Ventilation must be cleaned at least once every 6 months. But with the active use of the machine or the ownership of it by different people, cleaning should be done more often.

Can a fire start in an air vent?
In cases where the ventilation openings of the unit are clogged with fluff or dirty, then ignition is not excluded. For this reason, LG has included the FlowSense function in its products to alert users when there are obstructions in the ventilation holes of the product.