One of the most important functions of the Maytag washing machine is to quickly and efficiently drain the used water. Therefore, if the unit does not remove it, then this clearly indicates its malfunction.

Such a problem is usually associated with a mechanical or electrical failure of the drain pump. It happens that the Maytag household appliance sometimes does not completely remove water and in cases where the door lock and motor switch assembly fail. No less common is a severe blockage of the coin trap or hose.

Some devices manufactured with belt-driven drainage pumps require a timely belt change. Therefore, here we will talk in detail about the most common causes of a drain failure in the Maytag technique, as well as ways to quickly eliminate an unexpected problem.

Extreme caution must be exercised!
Before removing the washing machine panel or carrying out maintenance on it, you must completely disconnect the unit from electricity to avoid personal injury.
You should also stock up on enough rags, because working with certain parts of the household appliance is associated with water leaks.
In addition, you must first carefully study the manual for it and perform all actions, constantly referring to the instructions. 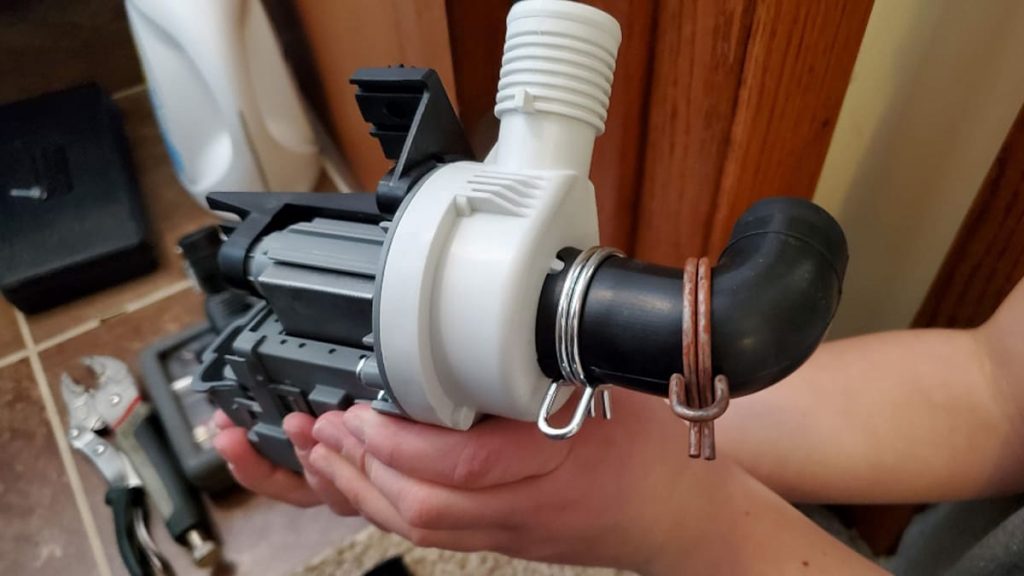 There is a drain pump at the bottom of all Maytag units. Its purpose is to remove water from the drum and then drain it using a drain hose. The structure of the pump also includes a rotating impeller that sucks liquid from one end (out of the drum) and pushes it through the other (to the hose).

The drain pump comes into operation of the washing machine at the end of the cycle, when the drum begins to squeeze water out of the laundry. The specified part removes it outward. Most often, it is subject to mechanical breakdowns. Usually these include some kind of defect or malfunction of the inner wheel. Then the pump loses the ability to effectively remove liquid from the drum and transfer it to the drain hose.

An example of an electrical breakdown should be given. Sometimes it happens that a certain thing gets stuck inside the pump. Usually it becomes a small patch or sock. Their presence provokes the occurrence of a short circuit in the engine. Similar problems happen due to power surges. 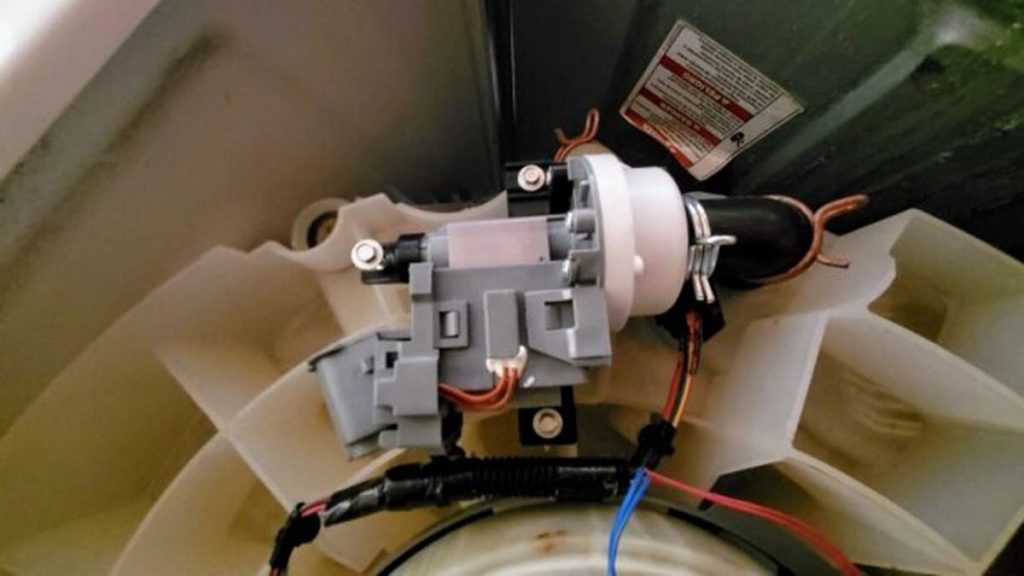 A number of mechanical faults are very easy to fix. For example, if something has jammed the moving parts of the drain pump. Then you need to remove the hindrance to his work. But if any parts are damaged or there is an electrical malfunction, this element should be completely replaced.

To repair, you need to get to the bottom of the Maytag machine and remove the pump. It is necessary to disconnect the hoses and electrical connectors leading to it. After that, a new drainage is installed with the connection according to the specified scheme.

On Maytag front-loading units, the door is equipped with a lock to keep it closed while the appliance is in operation. It helps to maintain tightness while it is filled with water.

The main element of the node of such a system is the switch. It provides a close connection with the washing machine, giving it a signal about the safety of further operation. If the door suddenly opens during operation, the specified part will open the circuit and stop the unit. 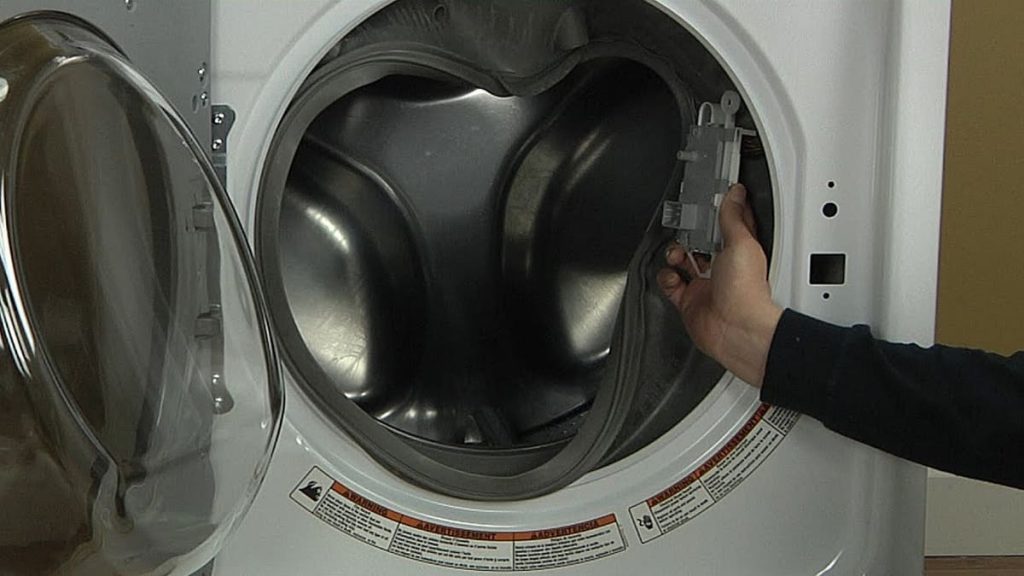 If the assembly is broken, then sometimes the switch can mistakenly send a signal to the household appliance that it is not tightly closed. Then the equipment will stop and will not function. To fix this problem, you need to install a new switch door lock motor. It is not difficult to do such things, since the entire set of parts is located right behind the door.

You just need to follow a series of steps:

Problems with the filter or coin trap

It often happens that people forget a variety of things in their pockets, and do not check their contents before washing. Then these little things seem completely unimportant, but, nevertheless, they can greatly damage the technique. They become especially dangerous for the drain pump and hose. Therefore, the traditional design of the unit necessarily includes a filter or a trap for coins located near its drain hole. They are present in all types of household appliances and Maytag in this case is no exception. 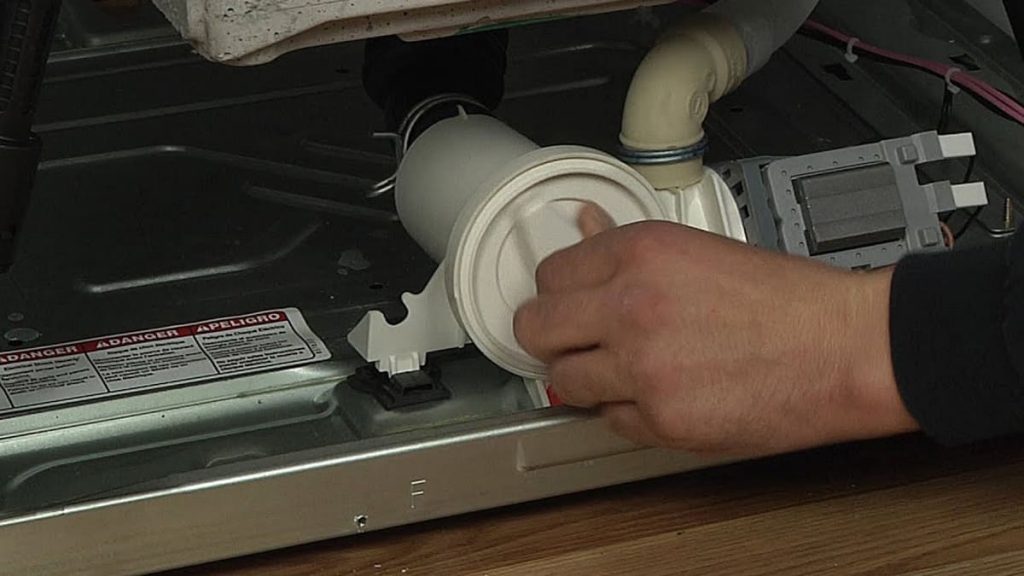 The presence of such parts is aimed at solving the very simple and clear task of removing coins and other objects before they end up in the drain pump and, accordingly, the hose.

In addition, they also serve to prevent other damage and blockages of the drain pump and hose. Many owners of washing machines completely forget about the presence of a filter or a trap for coins, since they are located below and hidden behind the corresponding panel on the front of the unit.

Gradually, the coin catcher is thoroughly clogged with pile, dirt, money and garbage. When it overflows, water loses its ability to not pass through it. Then the drain pump stops conducting it into the drain hose. In order to solve this issue, it is urgent to clean the filter. The task in this case is very simple. 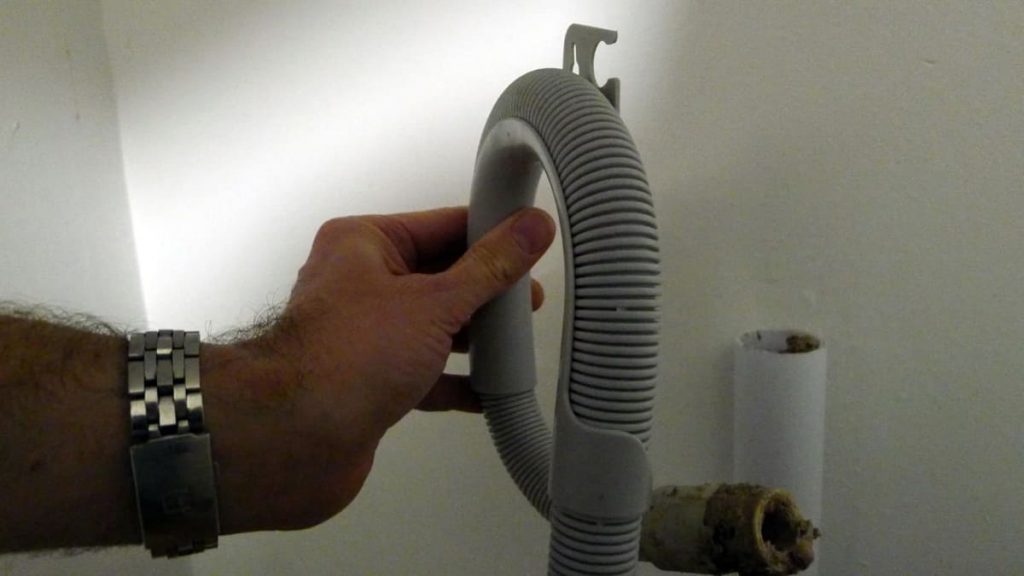 After the used water passes through the drain pump in the Maytag technique, the contaminated liquid will enter the drain hose. From there, it will be discharged outside into the home drainage system. The drain hose is quite flexible, so it is convenient to position it in a convenient way in the tub or kitchen riser.

Such a part can also be bent or clogged from time to time. If it is not initially straightened too well, then the villi will constantly get stuck in its corners. Gradually, they will accumulate and the pump will have difficulty coping with them, which will lead to blockage of the drain hose.

If the water is not able to move freely in it, then it will not be completely removed from the Maytag washing machine. If the specified part is twisted or bent, then draining from it will become impossible at all.

In this case, it is necessary to check the degree of straightness of the hose and try to eliminate its excessive turns. If it is twisted or bent, it needs to be leveled. Then a uniform flow of water removed from the machine will be ensured.

In case of severe blockage, disconnect the hose and clean it thoroughly. If all of the above actions lead to nothing, then the part needs to be replaced with a new one.

A lot of Maytag machines do not use an electric pump, but a belt driven drain pump. This design feature is common on older models that are still on the road nonetheless. These units operate using the main drive belt, which also makes the transmission pulley function. The belt activates the rotation of the impeller inside the pump, which drains water from the household appliance.

Gradually, such a part wears out more and more. Strong obsolescence can even lead to its rupture when the drain pump simply stops.

To fix this problem, it is worth replacing the belt associated with the drain pump.

These steps involve removing the Maytag front panel and removing the installed part. When installing a new element, it is necessary to align it very accurately and provide it with sufficient tension for its full functioning in the future.