The U6 error code cannot be found in any instruction because it is actually a Ub code that is misread by users. It signals an uneven load on the device. Main reasons:

Each of the reasons is equally likely to cause an error code, so you need to carefully check each of them. This is important because the drum during a failure cannot fully rotate at the desired speed without damaging other parts of the mechanism.

If you find it difficult to determine the cause of the problem yourself, contact the service center or the store where you purchased the device. As a rule, washing machines have a long warranty, so you can repair the device for free. 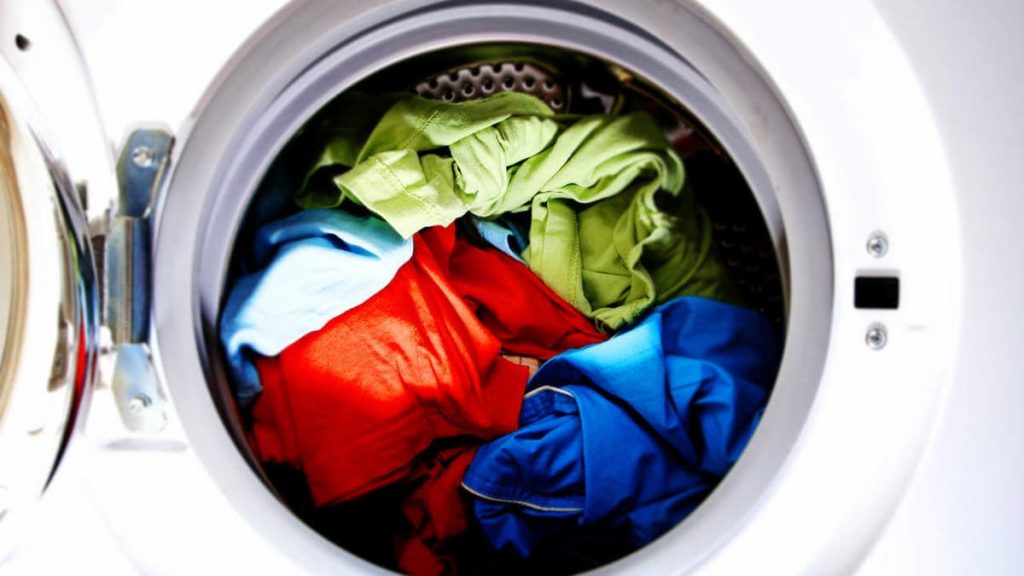 What is a washing machine balance

A uniform load is a load at which the weight of the laundry in the drum does not exceed or is not significantly below the manufacturer’s specification. In this case, the clothes can freely fall and rotate in the drum. Balance is extremely important for the correct operation of the device, because in this case there is no overload in work.

To maintain balance, you must strictly follow the manufacturer’s recommendations for using the washing machine.

What you should pay attention to

The Ub error code does not occur alone: ​​other symptoms appear to notify the user of failures. So, the speed of rotation of the drum is noticeably reduced, even in modes in which intensive rotation should be performed. This is due to the fact that the mechanism cannot cope with the increased load and tries to compensate for the overload by reducing the speed.

Moreover, during intensive washing, the machine not only does not reach the desired speed, but also begins to shake in different directions. This, in turn, can cause mechanical damage to other parts and elements of the device. If the Ub problem is not solved in time, the chance of more serious problems with the washing machine increases. 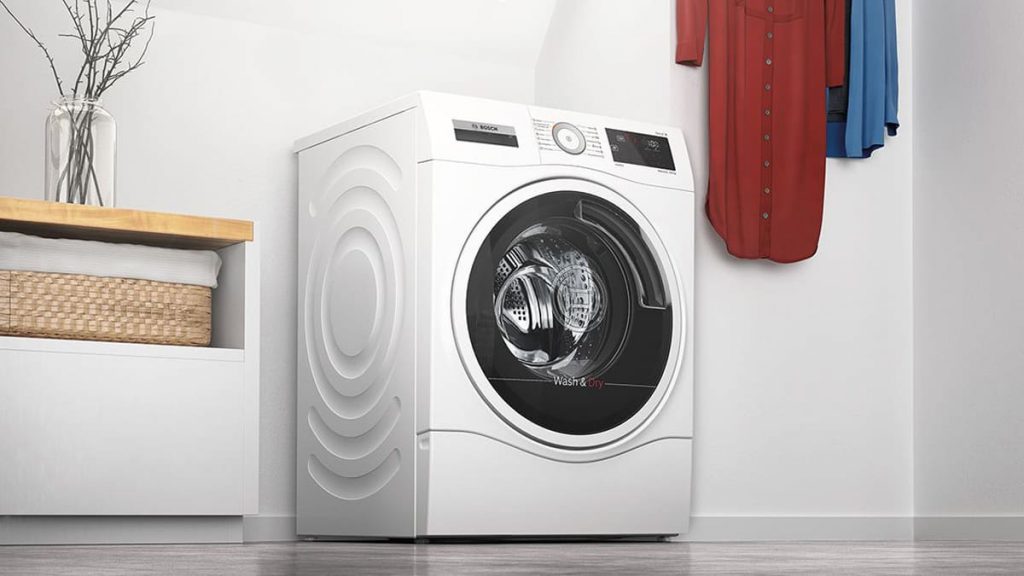 One of the possible reasons for the Ub error to appear on the panel. It is with her that you should start looking for a problem, since you only need to inspect the machine, its position and the angle of the floor in the room.

The surface on which the washing machine stands must be perfectly flat, a deviation of several degrees during prolonged use can cause problems. Imperfections in the floor covering are compensated with the help of legs. However, they must also be properly adjusted.

The spirit level will help determine the correct position of the washing machine. Attach it to the surface: ideally, the air bubble should be strictly in the middle. If in your case it deviates from a flat position, use special legs, adjust them with the help of a level: put a flat plate on the legs and adjust them. Please note that this must be done in the place where the device will stand.

Too little or too much laundry

The amount of laundry loaded into the washing machine directly affects the state of the system. It should always be within the minimum and maximum limits. Typically, manufacturers indicate in the instructions and user manuals how many kilograms of clothing can be placed in the drum. Approximately, this is about 2/3 of the entire volume of the drum: with such fullness, the laundry can freely turn over, rotate and fall during washing. And this guarantees an even distribution of the load on the mechanism. 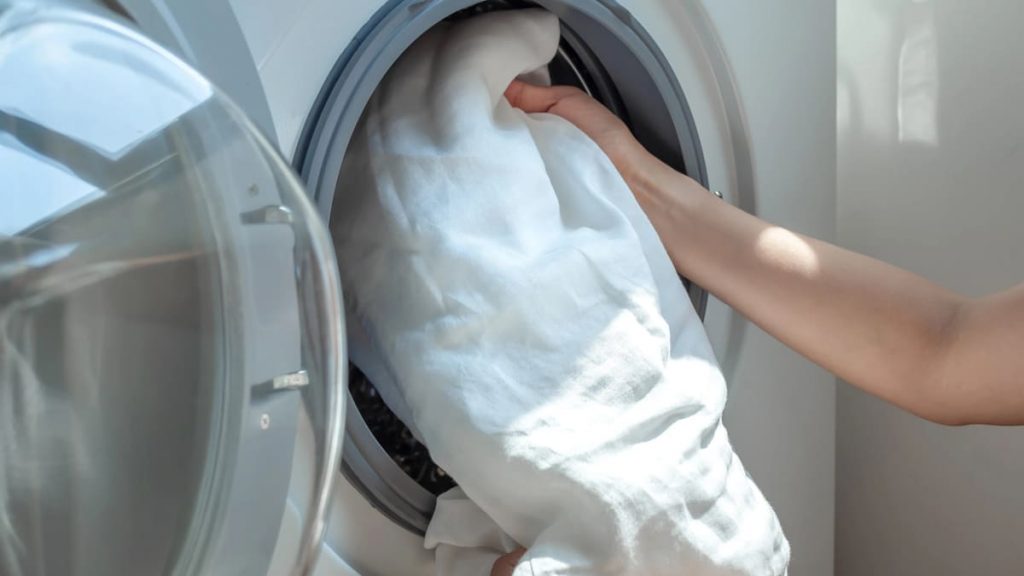 It turns out that if the drum is not sufficiently or excessively filled, an error code Ub occurs, which just signals an uneven load. Too much load causes an imbalance: when one part has more weight than the other, the drum starts to rotate randomly, thereby damaging other parts. With a partial load, an identical situation arises, only in this case, on the contrary, there is not enough linen to create balance.

To check if this is the root of the problem: try adding or subtracting items in the drum, depending on the case. If you usually load a small amount of laundry, add a few more items to the total. This will allow the drum to move evenly.

Similar actions must be done in the case when there are too many items in the drum. Take away a few towels or other items of linen from the total mass. In this case, there is no need to go to extremes and sharply reduce the fullness of the device. If the error code appeared due to uneven loading of the drum, then after these steps the problem should no longer appear. 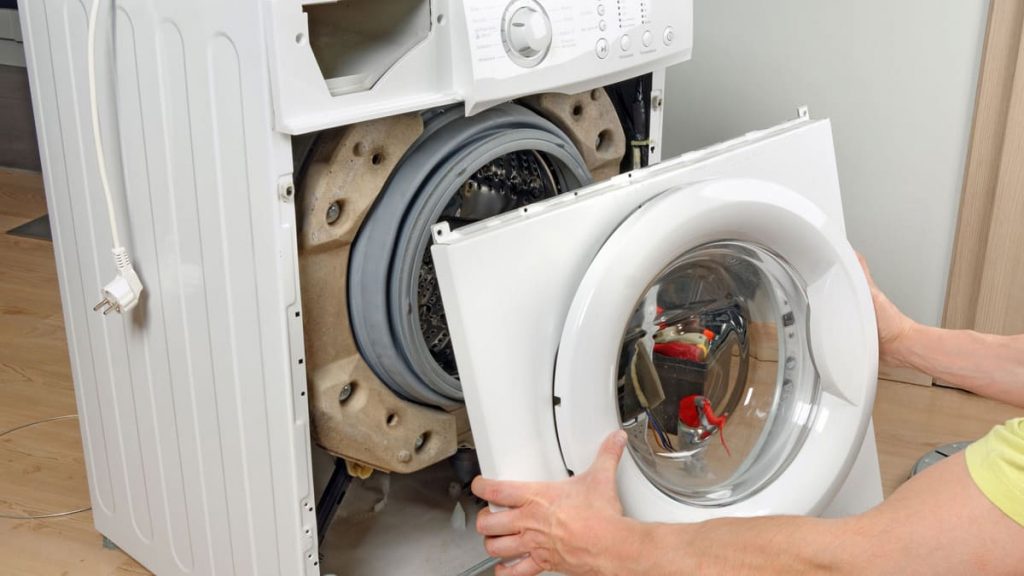 Shock absorbers and suspension rods in the washing machine are responsible for balance. They support the drum, not allowing it to deviate from the desired position. Only one of these elements is present in the machines. In machines with vertical loading – suspension rods, with horizontal – shock absorbers.

It is thanks to these details that the drum can work in high-speed intensive mode. Accordingly, any breakdowns will cause a violation of the rhythm, pace and speed of movement. Breakage or wear of parts is possible only during long-term operation, therefore, if after 5 to 10 years of use a similar problem occurs, it is likely that the shock absorbers and traction have become unusable.

To fix the problem, you need to completely replace the old components with new ones. And it is better to buy new parts from the same brand and manufacturer from which you have a washing machine. To replace shock absorbers or suspension rods, you must: 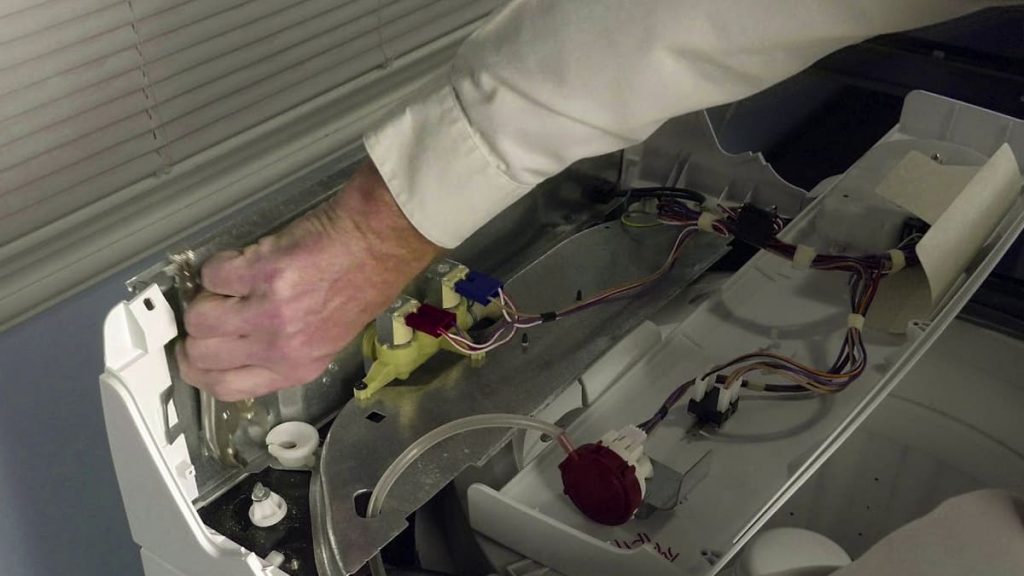 Replacement will not take you too much time, because you do not have to remove the drum, belts and other large-sized elements connected by wires and hoses to other parts of the mechanism. What’s more, the new dampers and suspension bars can be easily installed by yourself.

We will answer the most common questions that users have when the Ub error appears on the display.

What to do if error code U6 appears?
Error code U6 is actually code Ub, which means uneven load. To solve a problem, you must first find the cause that caused it. The list of reasons and the sequence of actions in each case is described above. When the source of the failure is eliminated, you can restart the washing machine. If everything was done correctly, the Ub code should no longer appear on the display.

How to restart the washing machine?
The sequence of actions is usually found in the instructions and user manual, but it is very standard. First, the device must be completely disconnected from the power source and left in the off state for 5 to 10 minutes. The longer the shutdown time, the less residual energy is stored in the system memory. After that, the machine can be reconnected to the power source.

How to check that the washing machine is working properly after repair?
After you have solved one of the above causes of problems, it is advisable to test the operation of the device. The best test option is to run a full wash cycle with the desired load level. So, you can make sure that all phases are going correctly and that the mechanism does not fail. A simpler, but also effective option is a short wash. It is available on almost all models of modern washing machines. In 15 minutes of work, you can determine whether the problem is gone or not.