The dryer makes housekeeping much easier. Bunch of laundry after washing, sometimes there is simply nowhere to hang them out so that they dry. Yes, and the apartment after that becomes like a clothing market. However, happy owners of dryers may be faced with the fact that the things loaded into it for an hour are still wet.

The dryer can get hot but take a very long time to dry for several reasons. So, the drying time is increased due to a clogged outlet or a broken heating element. In addition, the cause of such a malfunction can be a clogging of the lint trap, as well as failure of the cyclic thermostat. 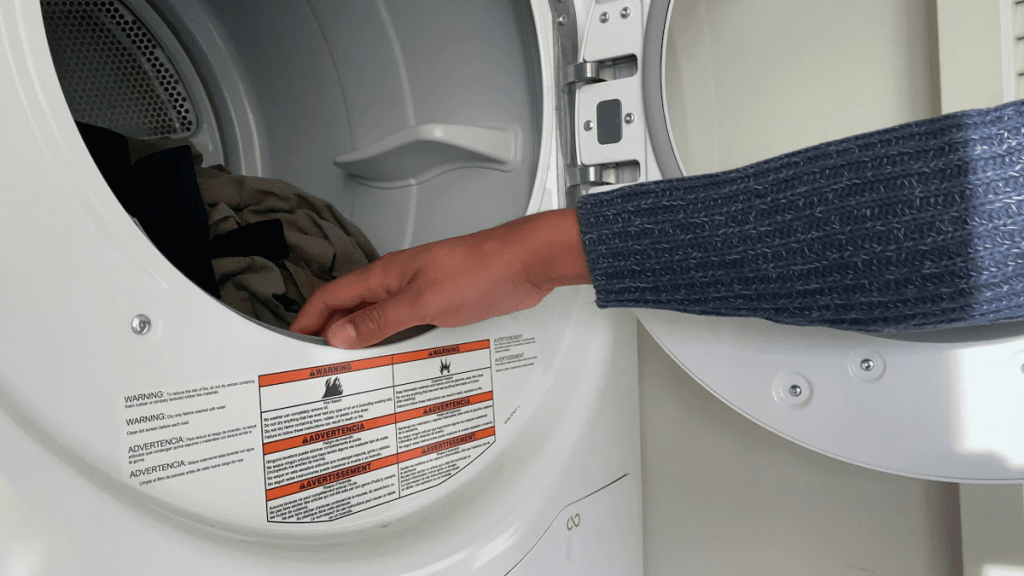 Most of these breakdowns are easily fixable, while repairs do not have to spend a lot of money.

It is worth analyzing in more detail each reason that leads to the fact that the dryer is working normally.

Blockage in the lint trap

Most washing machines work on a similar principle. Heated air is supplied to the drum, where things are placed in advance after washing. The drum continuously rotates and the laundry inside turns over. It is these flipping actions that circulate hot air, thanks to which the laundry dries quickly. 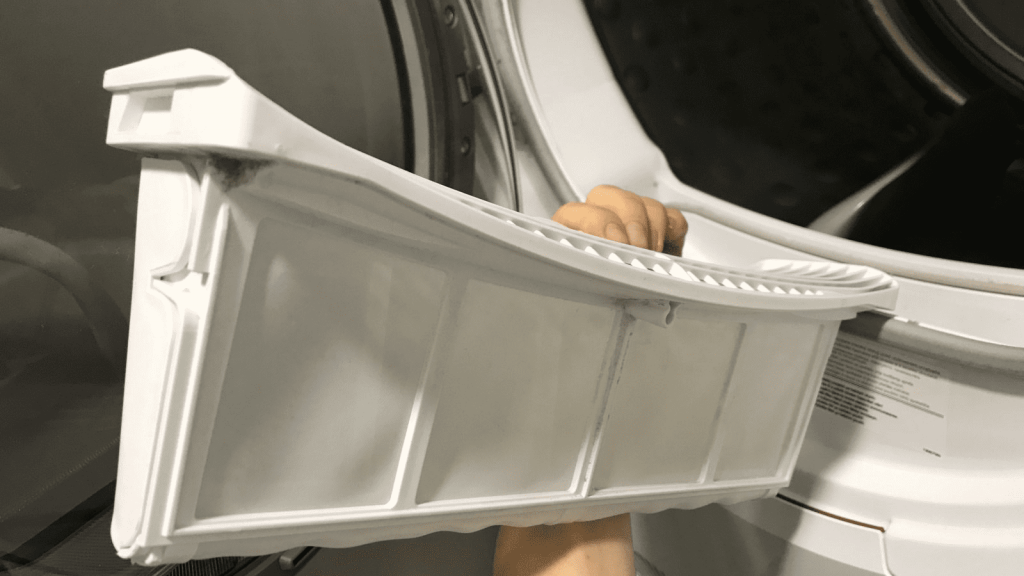 During washing, under the influence of water and mechanical actions, the smallest fibers of the fabric fall out of the overall fabric. At the end of the wash, they settle on things. Next, clean things, with fibers settled on them, are transferred to the dryer. Air currents microparticles again begin to circulate in the air, thereby creating a fire hazard. To prevent this, all dryers are equipped with a special lint trap.

This element is complemented by a removable screen. The design allows you to capture a large amount of pile, which appears with each new load. It is worth focusing on the need to check the pile mesh both before and after drying. Timely disposal of the collected debris will avoid breakdowns and minimize the risk of fire. After cleaning, the screen must be returned to its original position.

In addition, the trap itself needs to be cleaned. After all, the screen does not capture the pile by 100%, some particles still settle inside the protective element.

As mentioned earlier, a key component of the entire drying process is the circulation of hot air. Under the influence of heat and centrifugal force, water from wet laundry evaporates much faster. At the same time, not only its entry, but also an unhindered exit should be ensured. If this cycle is disturbed, the drying time of the laundry in the dryer will increase significantly. The circulation of the air flow can be disturbed for a number of reasons. They need to be identified and eliminated.

The heating element with two compartments has failed

Hot air is needed to dry clothes quickly. Blowing cold air will not give the desired result. It can take a very long time to completely dry a full load. Hot streams allow you to achieve the optimal temperature at which things will dry in a short time. 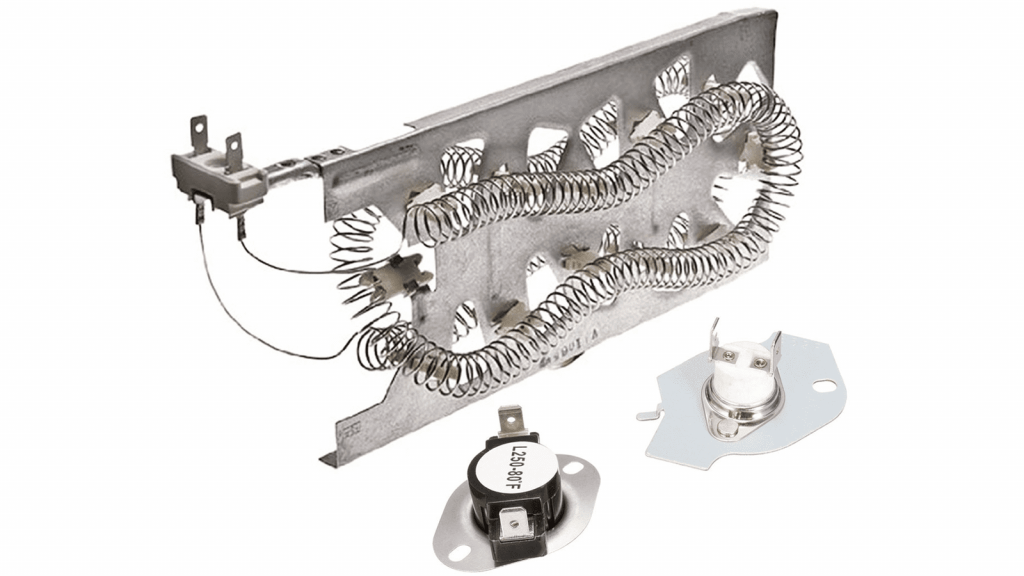 The supply of hot air in the dryer is provided by a special heating mechanism. It provides a uniform supply of heated air throughout the entire working cycle.

If the supply of warm air is interrupted periodically, this will naturally increase the time required for the complete drying of the loaded items.

Below are some tips to troubleshoot these issues. However, it should be borne in mind that the above recommendations are relevant for dryers equipped with heating elements with two zones, or with two coils. Similar elements are found in advanced models of dryers manufactured by LG and Samsung. Most often, dryers have one heating element of the spiral type.

Assumptions about the breakdown of the heating element can be checked with a multimeter. This device will determine the continuity of the heater. If a defect is found, the defective part must be replaced. To do this, you can contact the manufacturer, who will help you purchase the necessary part. In addition, it can be searched in online stores.

When replacing the heater, be sure to start dismantling the defective part in a de-energized machine.

You need to open the back panel and find the mechanism to be replaced. Dismantling it is quite simple. It is necessary to unscrew the fixing screws, and then disconnect the element from the power panel. After that, you can proceed to install a new heater. Here all the steps are repeated in reverse order. A washing machine repaired in this way must be checked for operability. To do this, run a test cycle.

Most electrical appliances that work to produce heat are equipped with a thermostat. This device allows you to adjust the heating power.

Almost all modern dryers are equipped with thermostats that regulate the air temperature inside the unit. They rarely fail. However, if all of the above reasons were previously excluded, then most likely the problem lies in the thermostat. A serviceable part can be obtained by contacting the manufacturer. 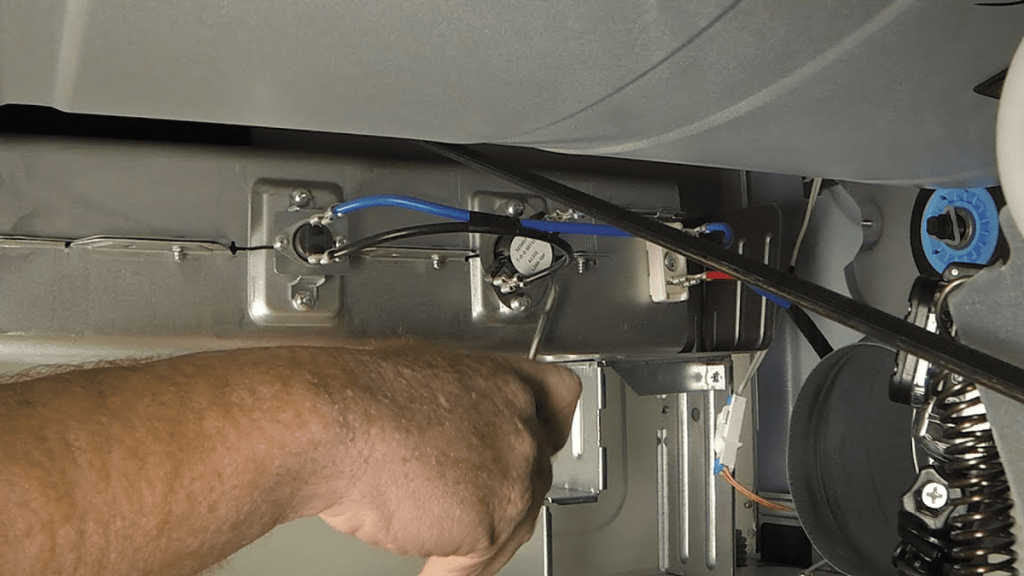 Sometimes the drying cycle can be extended significantly for reasons unrelated to a machine breakdown. Here are the most common ones: