Now it is difficult to imagine your life without modern washing machines. Therefore, the breakdown of this au pair causes serious inconvenience. Owners of Whirlpool washing machines may encounter a problem when the laundry does not spin after washing.

Such a nuisance is the result of one of several breakdowns:

Unbalancing the load in the drum

This reason is the easiest to fix. When washing massive and heavy items, the washing machine drum could become unbalanced. In this case, the outflow of water will be disturbed and the loaded items will remain wet.

The fact is that when unbalanced, the washing machine cannot switch to the spin mode of things. To avoid such troubles, always check that the download is correct. Do not overload the drum with too many things. It is also necessary to ensure that the loaded laundry is evenly distributed in the drum. 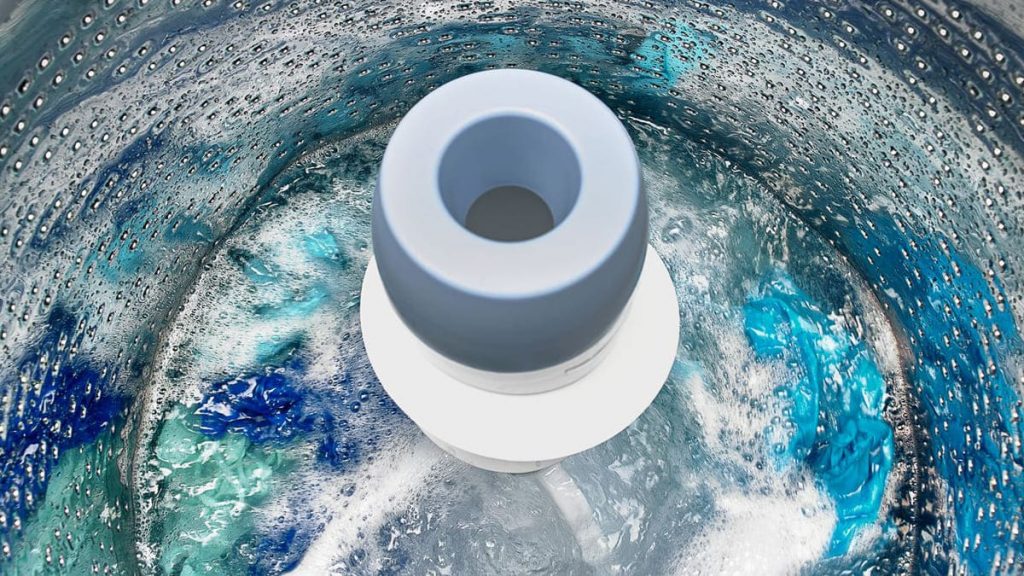 If you heed these tips and take a little time to properly load things, then perhaps the problem will be solved. You will stop taking wet clothes out of your washing machine.

The drain hose at the washing machine is rarely clogged. However, this version should not be discounted. First of all, make sure that there are no kinks in the hose. Next, it is worth checking it for blockages that may interfere with the drainage of water. To do this, you need to disconnect it from the washing machine.

Also check that it is installed correctly. It should not go too deep into the riser.

Having even one of the above conditions can cause your washing machine to stop draining water.

The drive responsible for gear shifting is broken

Whirlpool washing machines equipped with top loading laundry have some technical features. So, a common failure in such models is the failure of the gear shift drive. This mechanism provides switching cycles, changing the mixing phase to the spin phase. In addition, the drive is supplemented with a special sensor that counts the revolutions of the basket.

If this element fails for any reason, the washing machine will stop on the mixing cycle and will not be able to switch to the spin cycle.

This is a fairly common reason that leads to difficulty draining water. The Whirlpool washing machine has a special coin trap, also called a drain filter. If it is blocked, the washing machine will not be able to drain the water and go into spin mode.

This item is located next to the pump. Its main function is to catch foreign objects that accidentally fall into the drain. After all, many people forget to check their pockets before washing, so in the washing drum, along with things, there are coins, paper clip keys, lighters and much more.

You can find the drain filter behind the access panel on the bottom front of the machine. You can clean the filter from blockage yourself, this does not require any special skills. After these manipulations, the outflow of water should improve significantly. 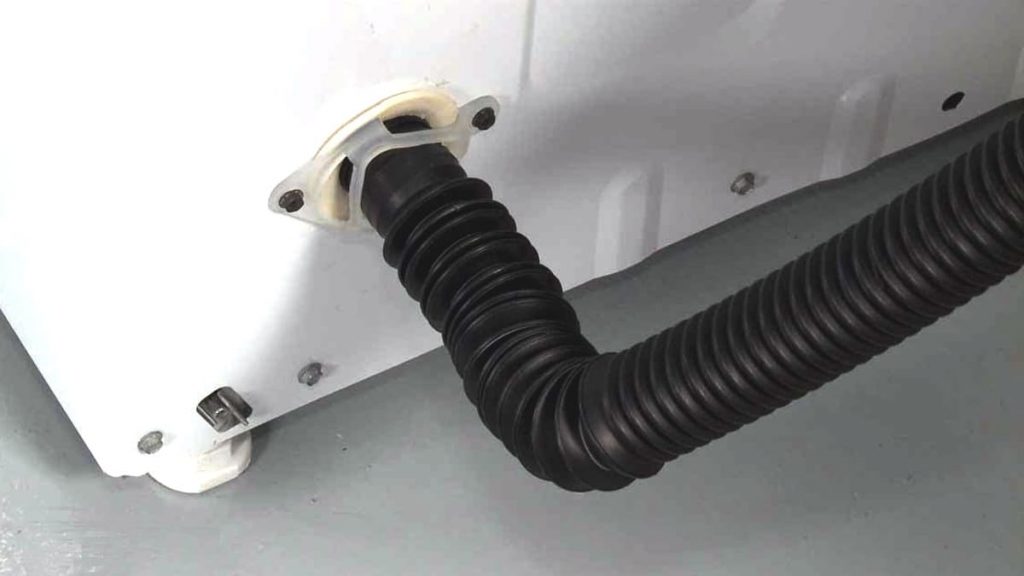 You have already checked the drain hose and filter, but they were in perfect order. What then? The malfunction may lurk in the drain pump. The operation of this element may be disrupted due to the resulting blockage. In addition, the pump may fail during prolonged operation.

To check this version, the drain hose must be removed. You also need to remove the back panel from the washing machine. The first step is to determine the presence of foreign bodies, they are easy to detect with a simple visual inspection.

Use a multimeter to check that the drain pump is working properly. To do this, remove the wires connected to the pump terminals. For accuracy, you need to check the correct operation of both terminals. The readings of the device should vary from 5 to 10 ohms, they depend on the specific model.

If the multimeter shows 0, then the drain pump is faulty. This part needs to be replaced. 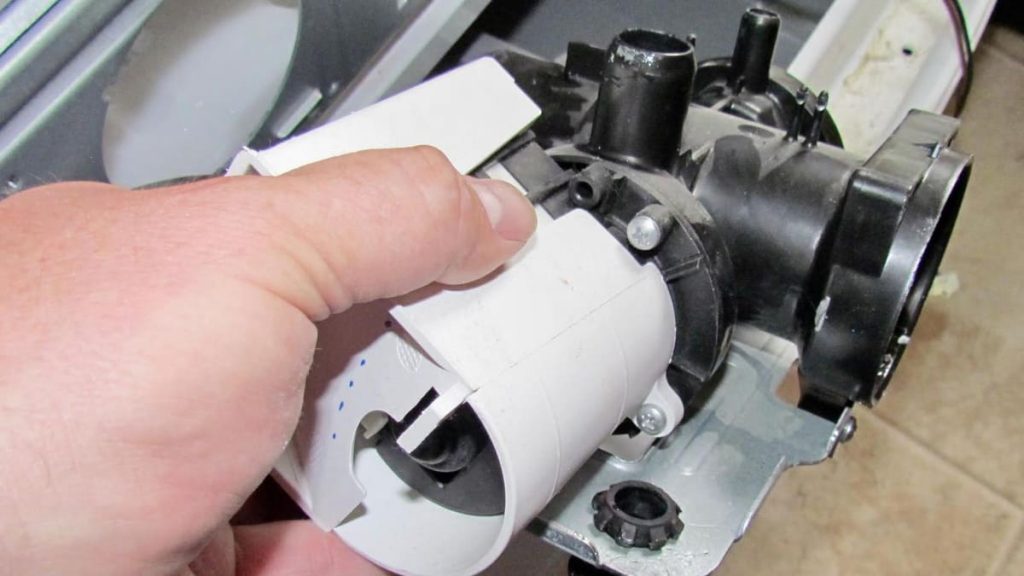 Some models of washing machines have a belt that is designed to help rotate the drum. Even with careful use, over time, this element can stretch or even break.

The belt can be located both in the front and in the back of the device. The location depends on the specific model.

Upon visual inspection, it will become clear what condition the belt is in. It should be well tensioned and fit snugly against the drum. Worn element to be replaced

Front loading machines are equipped with a door lock, while top loading machines have a lid switch. So, if these parts are faulty, the washing machine will not drain the water. In the event of a breakdown, the engine does not receive the appropriate signal for correct operation. 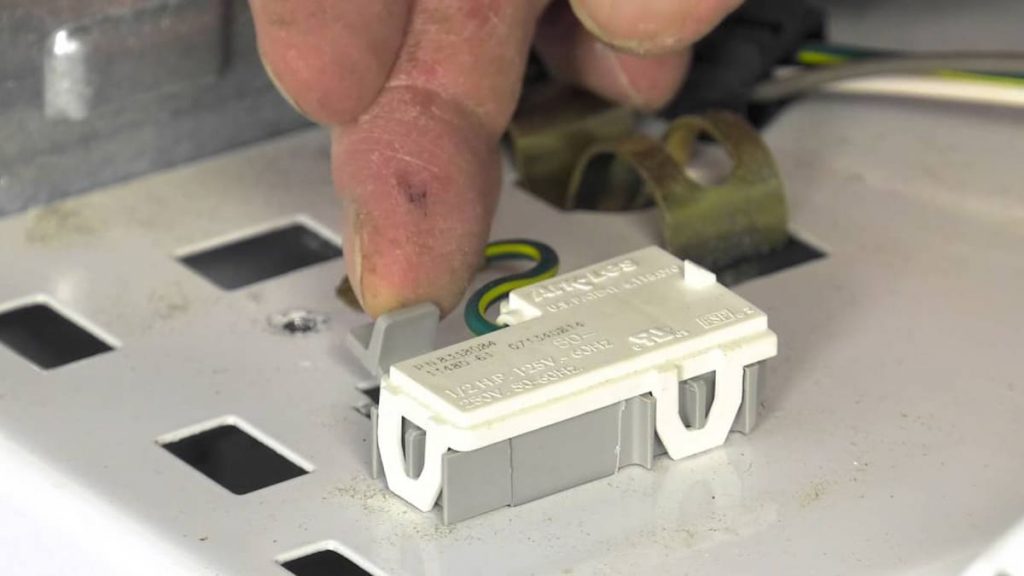 Some models of Whirlpool washing machines are direct drive devices. Infrequently, but it happens that the clutch breaks in such machines. This is due to improper loading of the washer. Damage can be detected by visual inspection. There must be no traces of oil near the gearbox and clutch.

In addition, you can conduct a more informative test. To do this, you need to follow several steps:

If you tried all the previous tips, but did not get a positive result, then you should consider another potential cause of the breakdown. This is a built-in timer.

During the cycle, the transmission of the washing machine performs a neutral stop. In other words, the timer briefly stops the washing machine to switch from washing to spinning. If the timer fails, this stop will not occur and the spin cycle will not start. Accordingly, there is no water drain. The defective part can be replaced and the machine will continue to serve you.

Code E11 is displayed on the Electrolux washer