Washing of clothes occurs due to the rotation of the drum. Sometimes it spins slowly so that the clothes are shaken a little and the dirt is removed. When spinning, the drum speed increases by the number of revolutions per minute that are set in a particular mode. The maximum in most models is 1200 rpm.

When the drum is unable to reach this speed, there is probably a problem with the drainage system. It can be electrical and mechanical breakdowns, blockage by foreign objects. If this happens, there is too much water left in the drum that cannot drain out, making it impossible to rotate quickly. A damaged clutch or drive belt can also cause poor spinning.

Slow rotation of the drum leads to the fact that the clothes are poorly cleaned, rinsed poorly and remain wet after a full wash cycle. To use the device in normal mode, the cause of the failure must be eliminated. 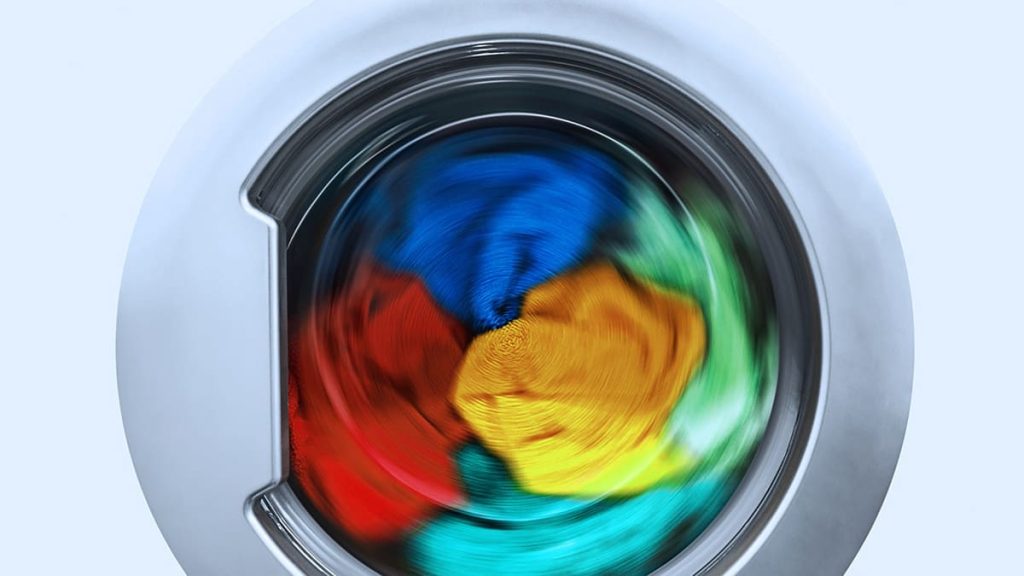 As soon as you notice that the drum has begun to spin slowly, do the following:

Next you need to check the mobility of the drum. If it rotates but is tight, it is likely that the engine is malfunctioning, the drive belt is worn, the electronic module is broken, or the banal overload of things. Another thing is when the drum does not spin at all, it is jammed. This happens when things are mechanically blocked, the capacitor or bearings break, the sash opens in a top-loading machine.

The following describes the most common problems that lead to a slow spin.

As soon as you press the “Start” button to start the wash cycle, the drum begins to fill with water. Then all this waste water must be removed from the washing machine in order for the rinse to start, and then the spin. At this stage, the sewage system begins to work. Its components are a drain pump, a filter that catches large debris and a drain hose. The well-coordinated work of all elements of the system allows you to drain dirty water in time and proceed to the next stages of washing. 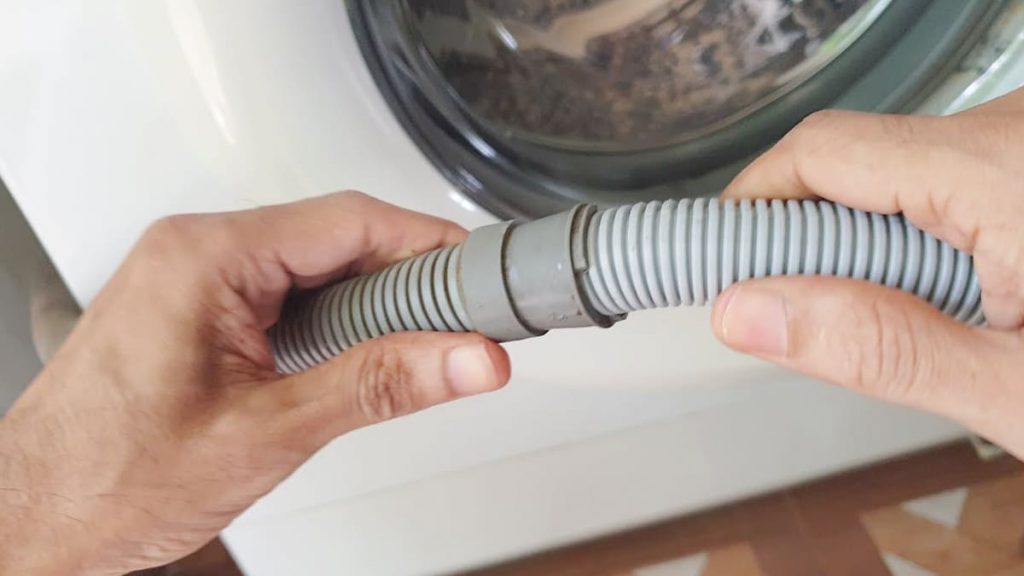 The speed of rotation of the drum is directly related to how well the drainage system works. In parallel with the spin, excess water is removed. If the liquid does not drain well, it accumulates in the drum and makes it heavier. In this state, it cannot rotate at maximum speed.

Your actions: diagnosing the condition and troubleshooting the drainage system of the washing machine. The first step is to check for blockages. Carefully inspect the drain filter and drain hose. They often accumulate lint, hair, coins and build up a soapy coating mixed with dirt. All these mechanical particles interfere with the normal flow of water.

Next, inspect the drain pump. There may also be dirt on it that interferes with its correct operation. Also, sometimes mechanical and electrical breakdowns of the pump occur: its parts break, or the spare part burns out. In this case, a complete replacement of the part is required. 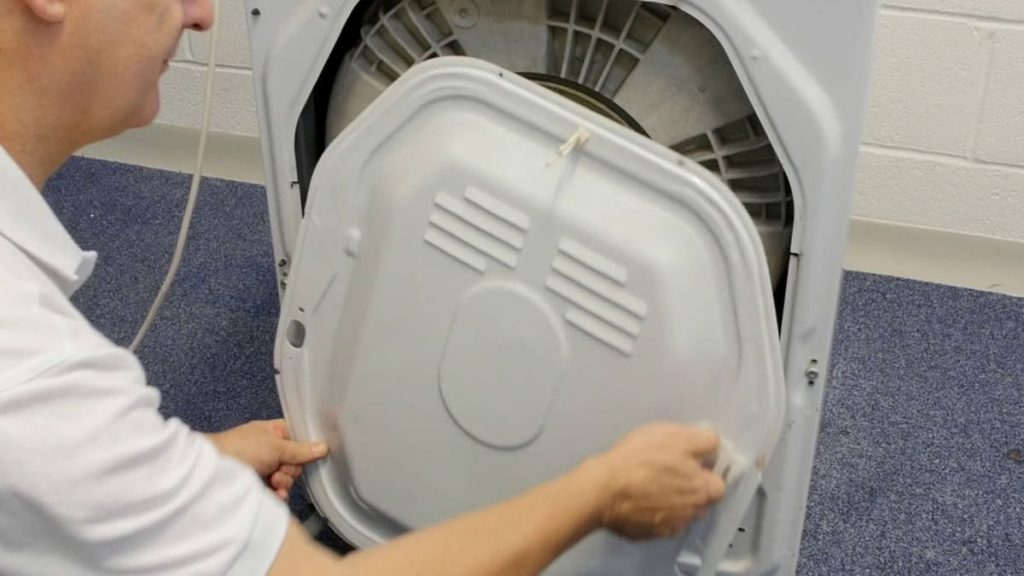 When the drum cannot pick up speed, something is probably preventing it from doing so. Objects stuck between the drum and the tank become a mechanical obstacle. Wet wipes, coins, small parts and all other things that fall out of pockets interfere with the normal rotation of the drum, creating friction. And even the engine of the device, operating at full power, cannot make the number of revolutions reach the maximum level.

The problem is solved only by removing the stuck item. Sometimes this can be done without disassembling the washing machine. But if the thing is firmly stuck, do not pull it by force. It is safer to disassemble the appliance and separate the drum from the tank. After that, you can safely remove the item without damaging it and the parts of the washing machine.

In the modern market of household appliances, there are still many models of washing machines that implement a belt-driven mechanism. The engine and tank are connected by a rubber belt. When the engine is running, it drives the belt, which, in turn, rotates the drum. 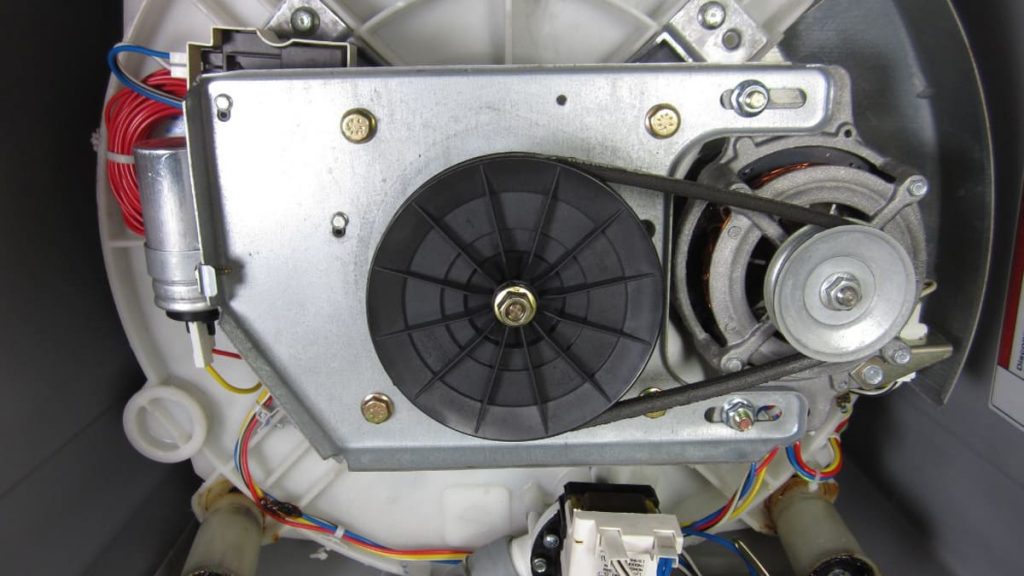 The drive belt is made of rubber. After years of use, the material wears out and stretches. Due to temperature changes and constant vibration, the rubber becomes less elastic and begins to crumble badly. The belt, being in this state, weakens and cannot fit snugly against the tank, which it holds and rotates. As a result, slips occur, and the number of revolutions per minute decreases. As a result, spinning does not work as it should.

The problem is solved by replacing the old belt with a new one. To do this, you need to follow these steps:

There are washing machines that do not work according to the scheme described above. Instead, manufacturers favor “direct drive”. The device has a built-in motor, which is connected directly to the drum through a coupling.

During the operation of the motor, a large amount of energy is generated, which is necessary for the rotation of the drum. All this generated energy passes first through the clutch. The part receives an increased load, and although the coupling is able to withstand it, it still wears out and breaks over time. Because of this, the engine stops rotating the drum as fast as it should be in a certain mode.

Solving the problem will not cause you difficulties. First you need to get to the clutch and disconnect it along with all the damaged parts. Please note that broken pieces of the spare part could get inside the washing machine. Next, install a new clutch and connect it to the motor and drum. After that, problems with the spin speed should be resolved.

Why is the laundry too wet after finishing a full wash cycle?
This phenomenon occurs when the drum of the appliance rotates too slowly. Because of this, the necessary centrifugal force does not develop, and water is not squeezed out of clothes. Another problem could be a bad drainage system. In this case, there are no problems with spinning, but the water is not removed from the drum, and the laundry gets wet again.

What is the reason for the slow operation of the washing machine?
Immediately it is necessary to exclude the situation when you loaded too much laundry into the drum. If the amount of dry clothes is correct, but the spin is still slow, the problem may be in the clutch, drive belt, or clogged drainage system. The work of the device is also slowed down by things stuck between the tank and the drum.

How to increase the number of revolutions per minute when spinning?
The best way to do this is to check the operation of all the mechanisms involved in the spin. When all parts are functioning smoothly, the drum speeds up when needed automatically without your intervention.

Where is the reset button on the washing machine body?
There is no dedicated button for this command. But the action is easy to perform by turning off and on the current supply. Disconnect the electrical cord from the socket and leave the appliance at rest for at least 5 minutes. Then turn on the power to the washing machine. This action resets almost all existing fixture models.

How long does a full wash cycle take on average?
The standard wash program is designed for 50-60 minutes. But in different models there can be significant differences in duration, and the run-up is quite large – from 15 minutes to 3 hours. To find out how long a specific mode lasts in your washing machine, read the information in the user manual. If the appliance is equipped with a display, a countdown will begin when the wash starts.